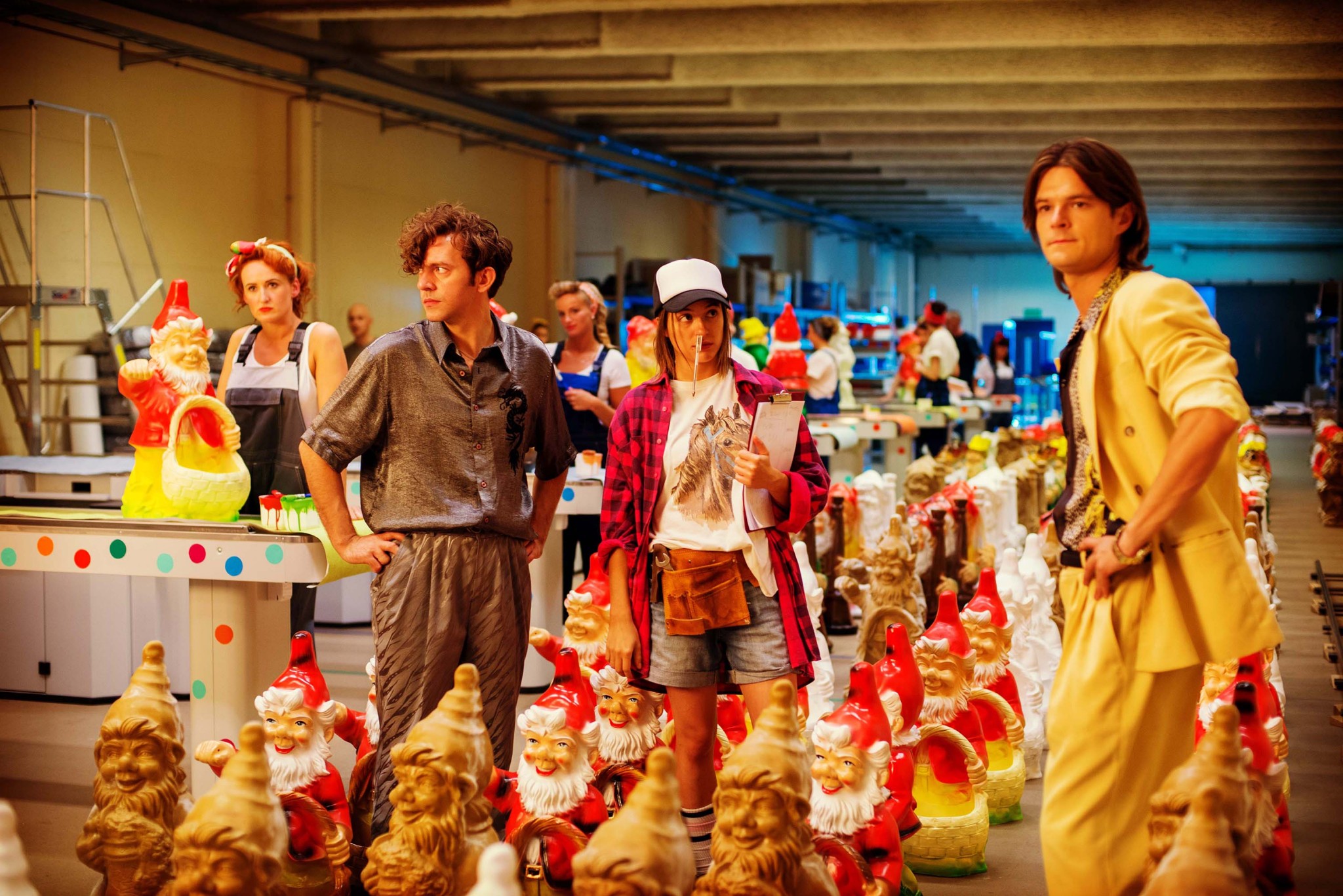 Maciej Bochniak has undoubtedly been under the spell of Poland’s most plebeian music genre over the recent years. After directing Miliard szczęśliwych ludzi (One Billion Happy People, 2011) an HBO Poland-produced documentary about the impact of disco polo heroes Bayer Full on the Chinese market, Bochniak has pushed himself even further. His latest effort is indeed a feature film entirely devoted to the tackiest aspects of the disco polo music industry that dominated both the sidewalk sales and local music charts in the nineties. Disco Polo is centered around the musical efforts of Laser, a fictitious band comprising singer Tomek (Dawid Ogrodnik) and one-tune composer Rudy (Piotr Głowacki) struggling for instant success. The musical duo is given the opportunity to record their first chart-busters by eccentric producer Daniel Polak (Tomasz Kot), whose character was inspired by Sławomir Skręta, the legendary owner of the Polish record label Blue Star who shaped the sound of disco polo back in the day. The first-ever script penned by actor Mateusz Kościukiewicz pays homage to both Titanic and Haneke’s classic thriller Funny Games, the latter through the presence of two white-dressed psychopathic characters. Imbued with western-movie imagery and nostalgia for the era of cassette tapes, Disco Polo is overtly entertaining and frivolous. Bochniak’s vivid feature masterly shows how those superficial lyrics and melodies became the perfect genre for the lighthearted generation of small business entrepreneurs who emerged in Poland in its first decade of free market economy.