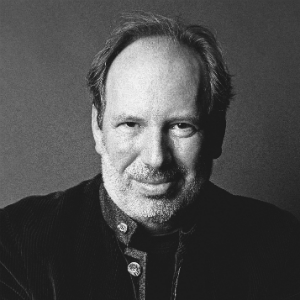 After six editions of the Film Music Festival in Kraków, one of the most important and recognised film composers in the world has finally accepted an invitation to the event. Hans Zimmer (born Germany, 1957) has composed the music for more than 150 movies, such as The Lion King, which won him an Oscar 20 years ago.

The Krakow Post had the opportunity to talk with Hans about this and other important projects of his career. Regarding the anniversary of The Lion King, we asked him about the new Legacy Collection Album, released on June 24, and Hans said that it was the first time that the whole score from the film had ever been released.  Here’s what else he had to say…

Krakow Post:  On September 27, there will be a screening of Gladiator accompanied by live music in the Kraków Arena. How do you feel  about the idea of listening your soundtrack in a huge concert hall?

Hans Zimmer: I just hope it works, I have seen it before and it worked very well. Listening to a soundtrack in a live concert is always an experiment, the energy and the people who will be there are what make it interesting.

KP: You will also be a guest at the International Film Music Gala on September 28, to celebrate the 100th anniversary of the American Society of Composers, Authors and Publishers. What do you think about this organisation?

HZ:  There are so few people who are fighting for us. They support composers and they always support me, I feel very honoured that I am a guest of the ASCAP Gala.

KP: You have collaborated on the soundtracks of more than 150 films, which one is the most special for you?

HZ: I don’t have one, I am still waiting to write that one. That’s why you can’t avoid creating, writing, trying to do it better. I never listen to my own soundtrack, because once I finish, I finish and I want to do something new. I am still working.

KP: It is not very common that a composer has fans, but you do. Did you know that there are a lot of videos on YouTube with “The greatest hits of Hans Zimmer”? One compilation video has more than 7 million views, how do you feel about having such a reaction?

HZ: I know about the reaction, I feel very honoured. I am very happy about it because I write for myself and, at the same time, I want to communicate. At the end of the day, I want people to have something, to communicate with them. It is very interesting when somebody spends his time making a video with my music.

KP: In November, your project Interstellar will be released. Are you involved in another one at the moment?

HZ: I finished Interstellar a little while back, I am focused now on a couple of live shows in London (October 10 and 11, tickets still available). It is all I am doing now, I just want to experiment on the stage.

KP: Now you are based in Los Angeles, but in September you will be here in Kraków, and in October you will be in London. I guess you travel a lot, but have you ever been in Kraków before?