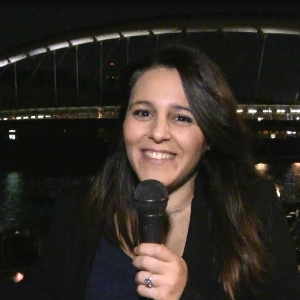 English meetings have always been a very popular way of improving language skills and meeting new people in Krakow. There are several gatherings that take place weekly in different bars, and the Krakow Post want to present some of them to you. Today, it’s Just Meeting, held every Friday at 8 pm in Kładka Cafe (ul. Mostowa 12).

Just Meeting has been part of the Language Exchange Club since 2011. One of its founders, Andrzej explains how it was born:  “The idea behind it was to do something different than during usual English meetings. It was supposed to be flexible, free style, just a meeting of a group of people wanted to get each other to know, to talk and have a good time together.”

In the beginning, Just Meeting had ‘suggested topics’ for discussion, such as art or philosophy, and they even organised cooking sessions and trips together. Nowadays, the meeting has evolved, as the current organiser, Colin Mongardi, comments: “We can do anything we want, occasionally we bring games but mostly it is about chatting and relaxing in a nice environment.”

Colin Mongardi also organises the Monday English meetings of the Language Exchange Club in the same comfy bar, Kładka Cafe. On both days there is a nice group of 15-20 people attending the meetings. Most of them are Poles but there are also native English speakers and foreigners from other countries such as Ukraine and South America.

On Friday September 5, the Krakow Post TV team joined the group to get to know the environment and the people who attend:

To find out more information about Just Meeting, check the Facebook Group of the Language Exchange Club.