Hans Zimmer, Gustavo Santaolalla, James Bond, Gladiator and, above all, the music will be the stars of the seven edition of the Kraków Film Music Festival which will take place between September 25-28. The Film Music Festival is organised by Kraków Festival Office and RMF Classic, and combines concerts performed by recognised artists, orchestras and musicians with film screenings.

The seventh edition of the FMF will be full of famous and popular names, such as Gustavo Santaolalla, who will participate in the International Film Music Gala on September 28 at 6pm. The event will close the festival to commemorate the 100th anniversary of the American Society of Composers, Authors and Publishers (ASCAP) association.

Gustavo Santaolalla, an Argentinean composer and producer who has won two Academy Awards for the film scores of Brokeback Mountain and Babel, was the first artist to confirm his collaboration in the event but not the only one. Dario Marianelli, Patrick Doyle and Hans Zimmer will also take part, and the show will include some of the most popular film suites of the last years, with music from Gone With the Wind, Spartacus, To Kill a Mockingbird, The Last of the Mohicans, Babel, Brokeback Mountain and many others. 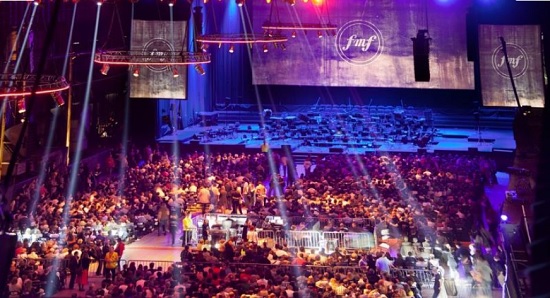 Fans can also enjoy with the presence of amazing artists such as Italian Oscar, Golden Globe and Ivor Novello Award winner Dario Marinelli, who is known for his work on the movies Atonement, The Soloist, Pride & Prejudice and Anna Karenina. Another award-winner to take part will be Patrick Doyle, a composer who has received two Oscars for his work after a long career involving more than 50 films, such as Harry Potter and the Goblet of Fire and the Disney Pixar production Brave.

And yet the star of the festival will undoubtedly be Hans Zimmer, who has won one Academy Award, two Golden Globes, and four Grammies. Hans, who has participated in more than 100 films, will be the special guest at the Gladiator Live in Concert event, with a live performance of the soundtrack that he composed in collaboration with Lisa Gerrard. In fact, she will sing some of the songs from the movie in the concert, to be performed by Sinfonietta Cracovia on the stage of the Kraków Arena (Saturday 27 September, 6pm). On September 26 (8pm, the venue will host the symphonic concert ‘007, The Best of James Bond’., including the themes from Diamonds Are Forever, Live and Let Die, Goldfinger, You Only Live Twice, Nobody Does It Better, GoldenEye, Skyfall, and From Russia With Love. Diego Navarro will lead the Kraków Philharmonic Orchestra, and Justyna Steczkowska will be among the star singers.

Steczkowska represented Poland in Eurovision Song Contest with the song Sama, and is now known as one of the coaches on The Voice of Poland.

Fans of The Voice of Poland will also be able to enjoy watching some of their other favourite singers from the show at the 007 concert, including Damian Ukeje, the winner of the first edition, Mateusz Ziółko, the winner of the third edition, and the charismatic Natalia Nykiel, from the second edition. 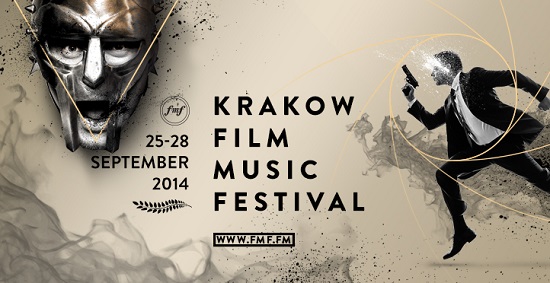 Besides the Polish popular artists, the concert has also an Spanish touch. Thanks to ollaboration with the Tenerife International Film Music Festival (Fimucité), singer Esther Ovejero will take part in the Kraków festival.

Norway will be represented too, thanks to Kon-Tiki: Live in Concert, the premiere screening of the movie Kon- Tiki. The film is based on the best seller written by Thor Heyerdahl, about an expedition by raft across the Pacific Ocean from South America to Polynesia in 1947. This event will be attended by the film makers Joachim Roenning and Espen Sandberg.

Highlights among the festival workshops, meetings with composers and panel discussions will include a master class led by Richard Bellis, former director of the Academy of Television Arts and Sciences and former president of the Society of Composers & Lyricists.  Bellis will talk about the skills that composers need, and about creativity on a deadline, on Wednesday 24 September, at Alvernia Studios.

The festival is already selling out fast, so it is advisable to book tickets for events as soon as possible. They are available from Eventim.pl ,or in person from one of the selected InfoKrakow points in Kraków, at ul. św. Jana 2, Wyspiański Pavilion (pl. Wszystkich Świętych 2), the Tourist Service Centre (TSC) (ul. Powiśle 11) and from Kraków Cloth Hall (The Sukiennice, Rynek Główny 1/3).