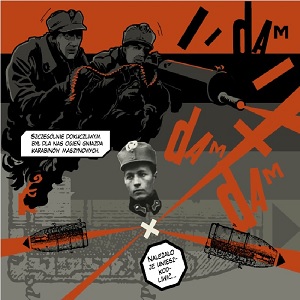 World War I inspired July’s cover design is by Marcin Wierzchowski, who is currently working on a major, interactive graphic novel that will reconnect young Poles with the dramatic events of 1914–1918 that resulted in the re-establishment of the Polish state.

A tale of twisting time lines and minds, The Unforgotten (Odpamiętani) opens in 2014 with an epidemic of strange cases of mania. Its victims are confused, limp and appear lost in time. Some die in agony, others recover apparently unharmed. One victim, a high school student, wakes inside a new reality – as Lieutenant Leonard Lepszy, a Polish soldier fighting for his life, and the future of Poland, in the 1918 Battle of Przemyśl.

Based on the real life experiences of the artist’s great grandfather, who survived the Battle of Przemyśl, only to be killed at the outbreak of World War II, The Unforgotten follows the adventures of Lieutenant Lepszy through to the Siege of Lviv.

Switching between the present and the era of World War I, the story puts young, present-day Poles directly in the shoes of the young men and women of the recent past who gave their lives fighting for the nation. The witty script, by Paweł Śmiałek, impresses the reality of concepts such as patriotism and nationhood on a generation for whom these can seem like empty political slogans. 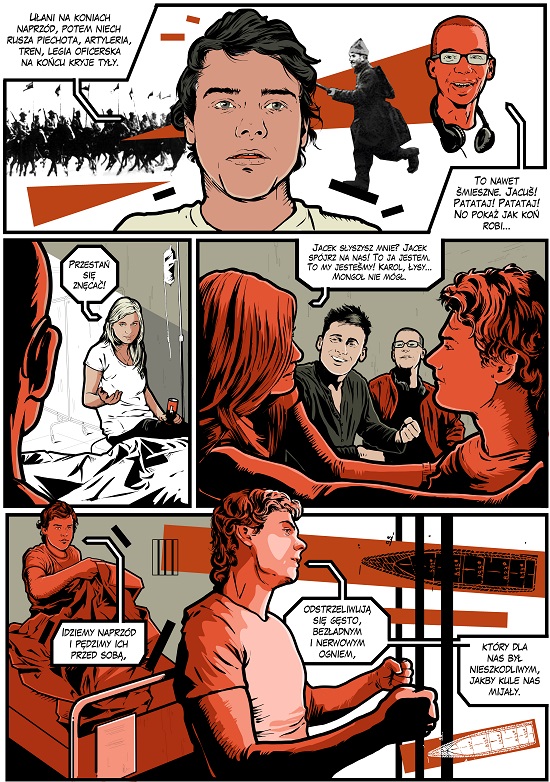 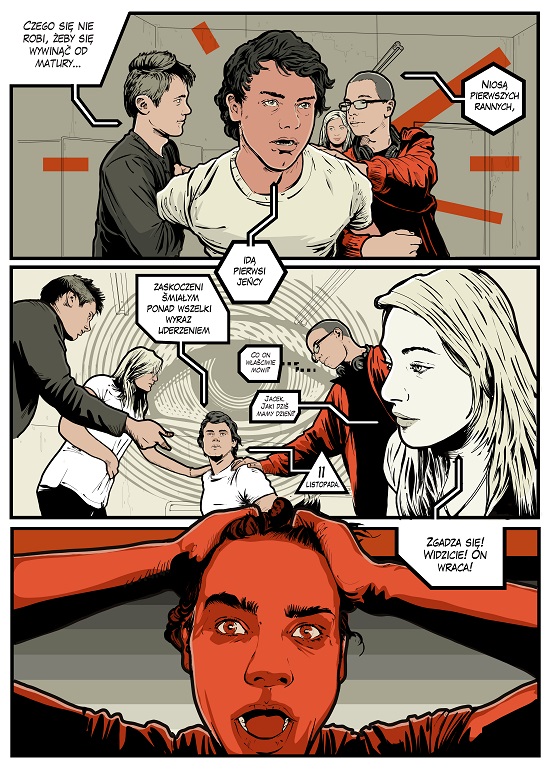 The Unforgotten will be published this November, online, as downloadable media, and in print, but you can follow the project’s progress at: Facebook/odpamietani.

One thought on “Un-Forgetting Poland’s Independence: WWI For The Twitter Generation”