Poland has never been a magnet for cyclists – perhaps with the exception of the Germans, those cycling nomads longing for their heimat. Some adventurers explore eastern Poland, near the Ukrainian and Belarusian border, but few dare to explore Małopolska on a bicycle.

This is not without reason: Poland’s roads are bad, and even those getting better are overcrowded with heavy trucks and speeding cars, often very steep and without hard shoulders.

Poland has, however, allocated 50 million euro for a two-thousand-kilometre ‘cycle highway’ in Eastern Poland. This is not for real yet – the project has suffered serious delays and many believe it is plagued by quality issues as well – though you may already have seen a few ads for it on TV.

If you are an avid cyclist, you probably know about the EuroVelo routes – long distance cycle routes that stretch across the continent. Two of them, EuroVelo 4 and 11, meet in Krakow, and will be built in Małopolska in the next five to seven years. Several more are to accompany them.

Some 650 km are due be built before 2020, most of them as segregated asphalt tracks along rivers or railway lines, eliminating most bottlenecks between places with great cycling (and tourism) potential.

In fact, Małopolska is a cycling region already, but for advanced cyclists only. The mountain resort of Wierchomla has a ski lift that provides great opportunities for downhill racers, for example. The town has hosted Poland’s DH championships since their beginning.

There are also a number of interesting tracks for advanced mountain bikers, though these are shared with pedestrian tourists, which occasionally causes conflict and calls for mountain bikes to be banned from the mountains all together. Most of these tracks are, unfortunately, poorly signed, which means finding the trail can be an adventure in itself. 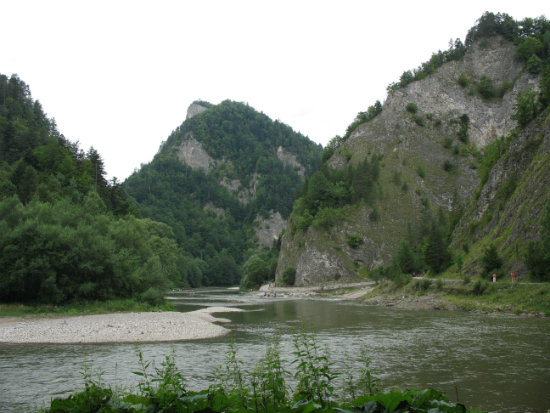 If you are not an adrenaline freak, you may know the Pieninska Cesta – a Polish cycle track in Slovakia. Built by Poles before World War II, it follows the stunningly beautiful valley of the Dunajec River. It begins and ends in Poland but most of its flat, paved course is on the Slovakian side of the river. Crowds of cyclists go there daily, and dozens of bike rentals have sprung up in both Krościenko and Sromowce on the Polish side of the border. An EU-funded bike and foot bridge was built a few years ago in Sromowce.

The problem is reaching these trails by bike in the first place. The plan is for the cycle routes to continue further along the Dunajec River, making it possible to take your bike to Nowy Sącz on the train and begin cycling there. Those of you who have cycled the Trasa Tyniecka in Krakow – the fabulous cycle track along the Wisła west of the city – will have an idea of what’s in store.

New cycle tracks are also under construction on the levees in Nowa Huta, to be completed in 2015 and – with similar developments taking place in Nowy Sącz – it may soon be possible to tour much of Małopolska starting from downtown Krakow. Not yet, but by 2020 for sure.