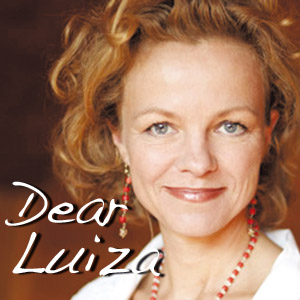 I’ve been dating this great guy for nearly four months. It’s all still pretty new, but I think we should solve this problem sooner rather than later. It might sound strange, but it drives me mad that his attitude is that it’s all about me when we have sex.

I hardly ever get a chance to do anything for him. Every time I try, he pushes me away and switches to making sure that I get what I need. I have tried to broach the subject, but don’t really get an answer that makes sense to me. Of course it’s great that he will do almost anything to turn me on, but I would also like to do something for him.

If he asks me after we have had sex if I liked it, and I answer “Yes, and was it nice for you?” he says “Yes, if it was nice for you”.

It’s driving me crazy, and I don’t know what to do. I have tried to make myself attractive with sexy new lingerie, but he just looks right through me.

It sounds as if we have another knight in shining armour here. I think your new boyfriend avoids getting in touch with himself. He prefers to put the spotlight on others – in bed, but probably also in everyday situations too. It’s ‘better to save than be saved” syndrome.

This allows him to avoid uncomfortable feelings of vulnerability, but it also means he is missing out on some of the greatest experiences life has to offer. By constantly being in control and putting on a good show, he’s cutting himself off from life.

Don’t give up! Pin him to the mattress with a seductive glint in your eye, and fight when he tries to turn you around. Make him lose his grip, little by little. Look deeply into his eyes and say: “Just relax and enjoy the ride.”

I know it is easier said than done, but every time he shows a little willingness to let go, it’s a step in the right direction.