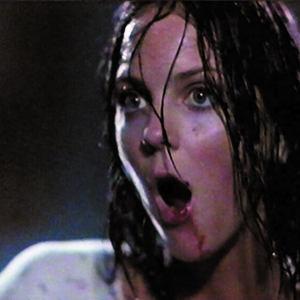 Watched the last episode of The Killing? Just put down that crime-fiction page-turner? Get yourself down to MOCAK for an entire gallery stuffed with forensic evidence, red herrings, gruesome crime scenes and assorted paraphernalia of acts felonious and delinquent.

Gloves made from human skin (fortunately, not real), bodies floating face-down in stagnant pools (fortunately, just art), and papers stained with the fluids from murder autopsies (all too real) – these are exhibits A through C introduced into evidence at MOCAK’s Crime in Art show, on throughout the summer. 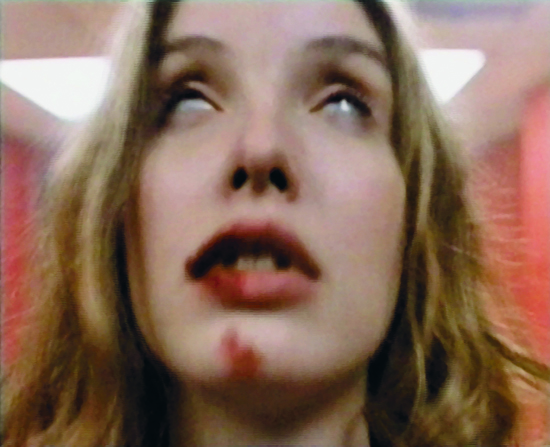 One end of the gallery is dominated by a row of prints featuring the faces of A-list serial killers. The work of Belgian artist and self-confessed psychopath aficionado, Danny Devos, they are surrounded by his terrifying, Rube Goldberg sculptures that reproduce the mechanisms of murder. Don’t miss the chance to flip the switch and terrify your companions with the clawing homicide robot in the little room. 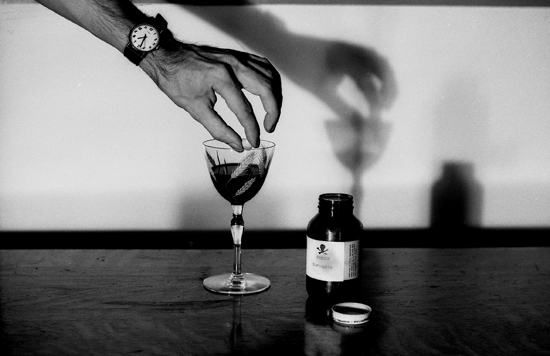 The genuinely disturbing exhibits (see aforementioned autopsy stains – the work of Teresa Margolles), are quarantined in a single room, to be avoided by the squeamish. One wall is lined with the hair-raising work of Daniel Spoerri – real-life murder scene photos adorned with the ropes and other ‘instruments’ we imagine were used in the crimes. 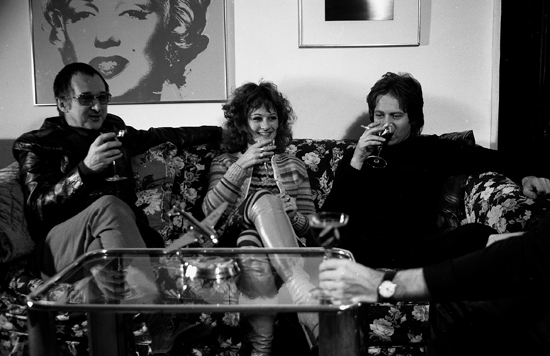 Another wall in the scary room features a large tapestry of demons and animals relentlessly pursuing women with extravagant buttocks. Executed in a colourful, primitive style, it’s almost comedy – until you learn it’s the work of a man known as the Lecher of Branice, who was locked up in a psychiatric ward for 30 years following unspecified ‘crimes of lust.’

I sat with Crime in Art’s co-curator, Delfina Jałowik, taking in a video about an artist who fell in love with a double murderer, and then knitted a full-size representation of his death row cell (it’s in the next room). How does an institution like MOCAK justify images of murder and crime, real or imagined?

“We see images like this all the time – in the media, in films, in magazines,” she said, “This is a room to think about why we are so interested in and fascinated by them.”

With the work of 40 artists on show, there’s certainly plenty to think about, and MOCAK have done a splendid job mixing old and new, thought-provoking and blood curdling, funny and sad. Crime in Art continues until September 28. There’s lots more information on the MOCAK website: www.mocak.pl