It’s always fun to watch the political proverbial hit the fan and see how it plays out. Lately there’s been trouble between our rulers here and their counterparts in the UK. While I don’t agree with the international consensus that Sikorski is all that, I must admit he has some political nous in the global arena. Camoron, by contrast, has managed to paint himself into corners, most recently when trying to prevent the ascension of a new EU tsar. In a vote of 28 EU leaders, he managed to lose it by a mere 26–2.

Sikorski’s opinion of his soul brothers has been interesting to listen to lately, waxing honestly on topics such as Poles right to UK benefits for their kids who may have never been there, courtesy of Wprost. In the secretly taped recordings, he damns the moron, not even with faint praise.

“It’s either a very badly thought through move, or, not for the first time, a kind of incompetence in European affairs. Remember? He f****d up the fiscal pact. He f****d it up. Simple as that. He is not interested, he does not get it, he believes in the stupid propaganda, he stupidly tries to play the system.” His mate Rostocki added that Tusk had “f****d [Camoron] up good” and the brouhaha roused the slumbering opposition. 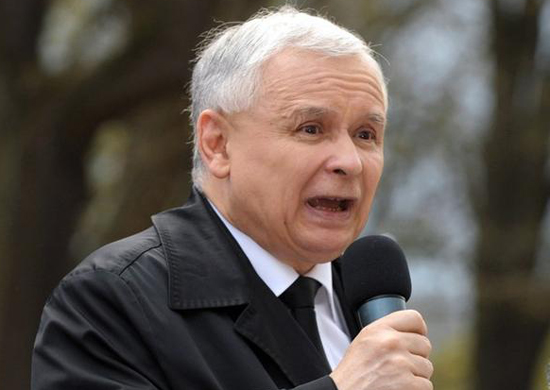 Is this thing on?

PIS smelled blood and decided to call a no-confidence vote in the government, which failed, to no one’s surprise. Parliament was shocked when the government retaliated by moving a vote of no confidence in the opposition. Mr Tusk opened the debate by saying that his government was so bad, you’d have to be a dead duck not to be able to take advantage.

Warming to his theme, Mr Tusk said that, while the country had struggled to win independence and achieve a democratic society, he worried that a lack of opposition: “Could undermine everything we have been working towards,” without specifying what that was. He promised to be even-handed, then voted against his own motion. PIS abstained, which meant that the motion was carried by a large majority.

In a magnanimous gesture, Mr Tusk offered to take over the role of leader of the opposition himself, to demonstrate how it’s done. To warm applause in the Sejm, he stated that only he had the experience to provide an opposition worthy of the name. “Without some progress and co-operation between us all, opposition in this country will be moron certain.” Caught off guard, Mr Kaczynski accepted graciously and promised that, not only would he consult his predecessor but also gave assurances that his party is willing to engage in all-party talks on the issue. Asked whether he would press ahead with attacks on Mr Tusk’s team on the secret tapes, he stated that he wanted to move forward. “It’s all water under the gate,” he said.

A few days later, I was told in confidence by the late Irish Times journalist Donal Foley that the dear leader had engaged the services of one Ernst Stavro Blofeld to help him provide more credible opposition and improve his image abroad. Mr Blofeld, a native of Gdynia and a graduate in politics and economics from the University of Warsaw, was unavailable for comment as he was chairing a board of directors meeting. A spokesman at the following week’s PIS poorly attended press conference confirmed that Mr Kaczynski and Mr Blofeld are due to meet during the holidays. Asked how Mr Blofeld could help with his boss’s image, the spokesman would only say that: “Mr Kaczynski and Mr Blofeld are both committed cat lovers, so if they find they have no other mutual interests, at least there they can find some common felicity.” Mr Kaczynski is said to be very impressed by Mr Blofeld’s grasp of international affairs, especially in relation to Russia.

9 thoughts on “Bull on the Page: The Camoron Tapes”