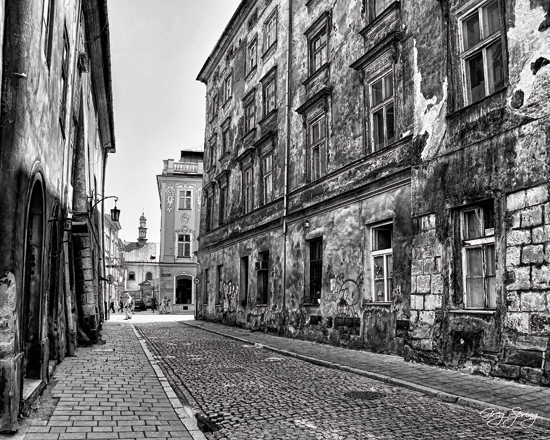 Not for the first time, journalist and Krakow Post contributor Nissan Tzur has stirred up strong emotions with his reporting.

The rabbi, who has lived in Krakow for eight years, replied to a question about anti-Semitism in Poland with the words: “Those who are not Jews, do not like Jews. Everyone understands and knows this.”

These comments provoked a storm of protest, both from some members of Poland’s Jewish community and from non-Jews who objected to being labelled anti-Semitic.

An open letter of protest from Polish-Jewish leaders, including the Director of the Jewish Community Centre of Krakow, Jonathan Ornstein, stated:

“These words essentially painted all non-Jews as anti-Semites. By doing so they insulted the 38 million non-Jewish Poles in this country and potentially compromised the efforts of Jews. In fact, we live in a Poland where many non-Jews work hand in hand with Jews to help restore Jewish memory and re-build Jewish life.”

Nissan told the Krakow Post that he regrets the controversy, and feels that Rabbi Eliezer Gur-Ari’s words are being used as ammunition in an internecine conflict within Krakow’s Jewish community.

He said: “As a Jew living in Krakow and trying to contribute to the revival of Jewish life here, I am saddened to see how the Jews of Krakow are staining each other’s names. I think that everybody should do some soul-searching.”

We asked Nissan to investigate how prevalent the views expressed by Rabbi Eliezer Gur-Ari are in his homeland, Israel. Tens of thousands of Israelis visit Krakow every year, many as part of organised tours, but many more as straightforward vacationers. Do they fear visiting Poland?

This is his report.

Traditionally, Israelis have visited Poland, and Krakow especially, in the spirit of remembrance. For decades, Poland was associated in the minds of Israelis with the Holocaust, but that is changing, with more and more flying from Tel Aviv to Krakow expecting a fun and cultural experience, just as they would in Barcelona or London.

Hundreds of thousands of Polish Jews and their descendents live in Israel. Many of them immigrated after World War II and retain traumatic memories of Poland. Many Israelis consider a visit to Auschwitz, at least once, as a must. Thousands of Israeli high school students and military personnel also visit Krakow with organised tours that emphasise remembrance over fun.

In recent years, however, more and more Israelis have discovered Poland as an attractive tourist destination. The fact that Poland does not use the Euro as its currency, the relatively low prices, and significant development over the last 20 years have made it increasingly attractive.

Low-cost airline company Wizz Air noticed this trend, and began operating a route from Katowice to Tel Aviv this year. In 2008, the Polish Ministry of Culture organised a series of events designed to encourage tourism from Israel to Poland, under the name Poland’s Year in Israel, but that has been the only official attempt to build the country’s image as an attractive destination for Israelis.

“I have never been to Krakow, but I’ve heard many good things about it and about Poland. It’s definitely on my list of future destinations,” said Eran Eisenberg, 44, of Rehovot in Israel.

“I always saw Poland as a place where Jews can live quietly nowadays, unlike other places in Europe where Jews are not always welcomed. Earlier, when I thought about Krakow, I imagined a big and vibrant city – similar to Prague, where I have already been. Then, a friend of mine visited Krakow and told me many good things about it, so the image intensified. I will visit it someday with my family, the only question is when. I would also like to see Warsaw, and of course Auschwitz. I think every Jew should visit that place.”

Eran is also a football fan. Wisła Krakow fans will probably be happy to hear that their team is well known outside of Poland, though not always fondly. “I am a fan of Beitar Jerusalem. In July, 2008, Beitar and Wisła Krakow met in the qualifying round of the Champions League. In the first match, in Jerusalem, Beitar won and we had high hopes of going through. Unfortunately, Wisła beat us five nil in the return match. It was one of Beitar’s most painful defeats, and a painful memory of Krakow for me,” said Eran with a smile.

Lior Michel, 39, has visited Krakow twice, and fallen in love with the city. He’s planning a third visit to the city with friends this summer. “I always imagined Poland as a grey, not very attractive country. I was really surprised when I first visited in 2008. I found a beautiful country, and I found Krakow as one of the most beautiful cities I have ever visited – even more than Prague or Budapest. The people and the restaurants and night life are simply great,” he said.

There is little evidence that Israelis worry about facing anti-Semitism in Poland. “Not at all” said Lior, “I wasn’t worried before the trip, and now I know that there was no reason to be worried. I visited Zakopane, the Salt Mines in Wieliczka, and on the second trip I brought two of my friends who had a great time as well. On our last trip we bought a lot of Polish souvenirs, so I can definitely say that I contributed my small part to the Polish economy.”

Lior is critical of Israeli school trips to Poland, believing they tend to create the wrong image of Poland among Israel’s young people: “They visit only death camps, and then they come back to Israel with a very negative image of Poland as a place associated mostly with the Holocaust. I think it would be better if they took young students to see the beautiful places that Poland has to offer too, and let them meet their young Polish counterparts.

Romi Gideoni, 26, visited Krakow during a school trip to the death camps. Like Lior, despite the places she was exposed to, she has only good things to say about Krakow: “We visited the market square and the Jewish quarter. I was really surprised, because we imagined something completely different before we arrived to Poland. It’s a beautiful city. I liked the market square very much and people were really nice.”

“Almost everybody speaks English there, so it was very easy for us to communicate with people. We were also very surprised to see that there are quite a lot of Jews living in Poland today, and that they feel very safe there. I believe that it was not my last visit to Poland – I started to learn more about the country when I came back to Israel, and now I am very curious to visit more Polish cities. I am sure that I will do it in the near future.”