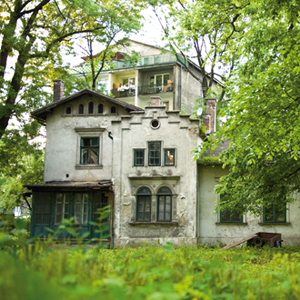 Few would guess the colourful history of the near-derelict house that stands within sight of Krakow’s Wawel Castle, at Plac Kossaka 4.

A cryptic sign reading ‘Kossakówka’ in rusting letters stretches across the top of a ramshackle gate down a narrow street just off the roaring traffic of Aleja Krasińskiego.

Peering through the fence, as curious passers-by sometimes do, you can make out what was once a handsome villa, nearly overwhelmed by trees and bushes – the balconies of typical Communist-era blocks overlooking the scene. 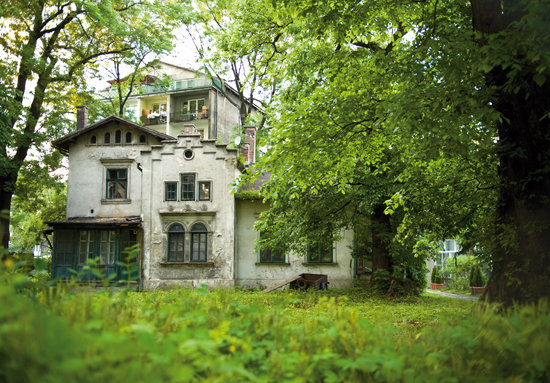 A century ago, this house was a thriving centre of Krakow’s cultural and social life – the home of the famed Kossak family of painters and writers – Kossakówka.

In 1869, the house was bought by the Polish historical painter Juliusz Kossak, the patriarch of one of Poland’s greatest artistic and literary families of the 20th century, and the property has remained in their hands for five generations.

Originally a collection of four buildings surrounded by 86 acres of gardens, Juliusz Kossak once compared the house to the Garden of Eden – a far cry from its current state.


Juliusz Kossak lived there with his wife and five children, and painted many of the historical masterpieces that would bring him such great renown in his studio there. The house was inherited by his son, Wojciech Kossak, who also became a famous painter.

It was under Wojciech Kossak’s ownership that the house became, in the 1920s and early 1930s, a meeting place for the city’s intellectual elite, including Julian Tuwim and Adam Asnyk as well as the ranks of the most respected musicians, painters and actors of the day.

Wojciech Kossak lived there with his wife, his son, Jerzy Kossak, who also became a painter, and two daughters, Magdalena Samozwaniec and Maria Pawlikowska-Jasnorzewska, who both became highly-regarded literary figures.

The 1930s brought a decline in the house’s fortunes, from which it would never fully recover. The family fell into debt and the house faced repossession. The intellectual soirées ceased and the atmosphere of the place changed. 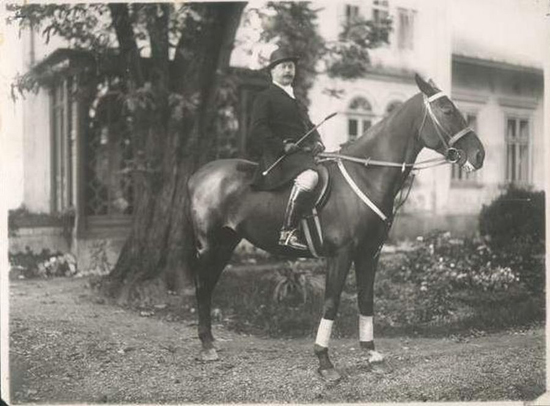 Jerzy Kossak at Kossakówka in 1935

By the mid 1940s, Wojciech Kossak, his wife and their daughter Maria Pawlikowska-Jasnorzewska had died and only Jerzy Kossak and his children and his sister Magdalena Samozwaniec and her daughter remained in the house.

In the 1950s, Jerzy died, Magdalena moved away and the house began to fall into disrepair. Meanwhile, the topography of Krakow surrounding Kossakówka also began to change, and two of the buildings were demolished to make way for a park. Residential blocks began to spring up around the estate as Poland morphed into a People’s Republic.

In 1960, the house was granted listed status following an appeal by Jerzy Kossak’s widow, who continued to live at a diminished Kossakówka with her two daughters.

In the 1970s, Jerzy Kossak’s daughter, and Wojciech Kossak’s grandaughter, Gloria, turned the house into a private museum and cafe and began to host ‘writers’ evenings’ once again. In the end, high taxes forced her to close the café and Kossakówka fell into disrepair again.

Gloria continued to live there until her death in 1991, but by this time the house had long been declared a danger to live in. Today, Gloria’s daughter, the fifth generation of the family, continues to live there. With each passing year, the house falls into greater disrepair. Its fortunes are largely hostage to a complicated legal dispute over the property, to which seven people have a claim.

A few years ago, Krakow’s mayor staged an intervention, inviting members of the family to meet with a potential investor, but a unanimous decision was never reached and the deal fell through.

The latest news is that another investor is interested in the property, but that a deal remains elusive. Meanwhile, Kossakowka continues to crumble and intrigue the occasional pedestrian who likes to peek through fences.