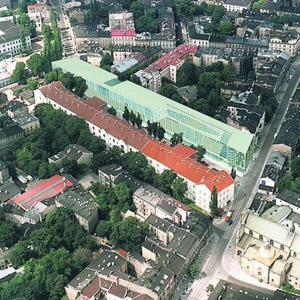 Last month’s article focused on how Polish property developers have cleaned up their act, but it is interesting to take a look back at darker times in the industry when the market was not so well regulated.

In the early history of property development in Krakow (since the collapse of the Berlin wall) things tended to be fairly small scale. The key missing ingredient during the 1990s was finance – whether cash or credit to buy finished apartments or for developers to build the developments in the first place. Earnings were then pitifully low for potential end-buyers. Some of Poland’s largest residential real estate developers, such as JW Construction and Dom Development, got started in this era (in 1993 and 1996 respectively).

It was really only at the start of the 2000s that enough wealth had been created to expand operations and interest rates had fallen to levels reasonable enough to countenance any significant leverage. As recently as 2001, interest rates were still at 20 percent even if they did fall dramatically to a more manageable 5 percent by 2003.

Unfortunately, it was not only the business-minded, hard-working entrepreneurs who spotted a gap in the market at this point – so too did some crafty buccaneers, who took advantage of the unblinking desire among some individuals to get on the property ladder by hoodwinking them.

By far the most dangerous facet of the property boom that started in 2004 was the imbalance between demand and supply. Such was the disparity that prices shot up at 30 percent per year in Krakow over a period of several years. Several narcissistic developers became so arrogant that they thought they could not fail, and buyers often could only see the upside in a potential deal without considering potential pitfalls.

Krakow’s most fated case is perhaps that of the developer, Leopard, who borrowed approximately 10 million Euros from US Investor, Manchester Securities, at a very hefty interest rate of 25 percent per annum in order to grow their development operations. Unfortunately for individual buyers who were in the process of purchasing apartments in several buildings that Leopard were building at the time, the loan was secured against those very apartments, even though buyers had signed notarized preliminary purchase contracts. An eight-year legal deadlock ensued, with the light at the end of the tunnel only showing recently as Polish courts found in favour of the end-buyers. The US fund may feel hard done-by, but the apartment buyers have also suffered, with many having to continue paying loans without gaining possession of the apartments during this period.

Bad loans were not the only issue to impact end-buyers during the property boom thanks to very limited use of any mechanism such as an escrow account to protect cash being paid over by buyers to developers during the purchase process. Supply was so scarce that, in some cases, property developers were asking for a 50 percent up-front payment on a flat before construction had even started. There was, of course, no guarantee that these funds, once received, would not simply be used to fund construction of that project.

Krakow developer, Bud-Mar, was another that got into hot water during the boom period. Investors in their development on ul. Lwowska in Stare Podgórze were invited to pay several thousand PLN per square metre in addition to what was in the preliminary purchase agreements in order to pay off various debts that began appearing on the land & mortgage registry just before construction finished. At the same time, Bud-Mar was in the process of half-building a housing estate near the International School in Lusina. Eventually, building works there halted with the developer again loaded with debts. Five years, on several buyers have been able to finish their half-built houses and start living in them, but the reality remains far from the initial dream.

Thankfully, these stories are unlikely to be repeated, thanks to the protections offered by the recently instigated Developers’ Act, and the fact that the market is now much more stable and mature.

4 thoughts on “Krakow Property Developers Clean Up Their Act”