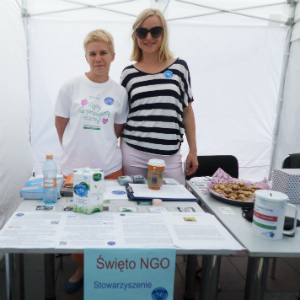 This month’s Critical Mass cycling rally has an extra special goal – to raise money for a mountain bike for 14-year-old Dawid, who has leukaemia.

The I Have a Dream Foundation (Fundacja Mam Marzenie) have joined Krakow City of Bikes (Kraków Miastem Rowerów), the organisers of the monthly Critical Mass rally, to raise the funds during the Friday June 27 event.

Krakow’s cyclists participate in a Critical Mass rally around the city on the last Friday of every month, riding through the streets en masse to demonstrate the popularity of urban cycling.

The rally will start at 6:00 pm on Friday in front of the Adam Mickiewicz statue on the Rynek Głowny and will take a couple of hours – all cyclists are invited to take part.

“For this Friday, we have invited representatives of local NGOs to participate in the event,” said Marta Shaw of Kraków Miastem Rowerów.

Agnieszka Suder, from I Have a Dream, said that the aim of their foundation, established nine years ago, is to: “Make sick children’s dreams come true. We have worked for more than 3,000 children in Poland so far.”

The project to buy a bike for Dawid started in April, and Agnieszka Suder said that they need to raise about 2,000 zloty to reach their goal.

Marta Shaw also commented on the long-term aims of the Critical Mass rallies: “We want more cycling infrastructure to be built and encourage the inhabitants of Krakow to use the bicycle as their main means of transport. This social movement is inspired by cities like Amsterdam and Copenhagen, where over 50 percent of all city journeys are on bicycles.”