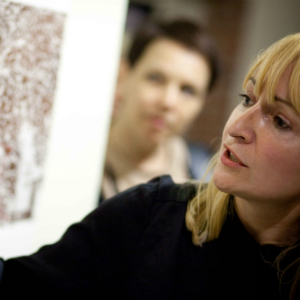 Sława Harasymowicz is a Polish artist based in London. She recently collaborated with the Ethnographic Museum of Krakow for her project, Ersatz, which was exhibited from May 9 to June 15.

Incorporating photos, drawings and objects from the Ethnographic Museum’s huge archive, Ersatz was the result of Sława’s attempts to reconstruct the history of her family during the first half of the 20th century.

We spoke to Sława about her exhibition during an open day at the museum. 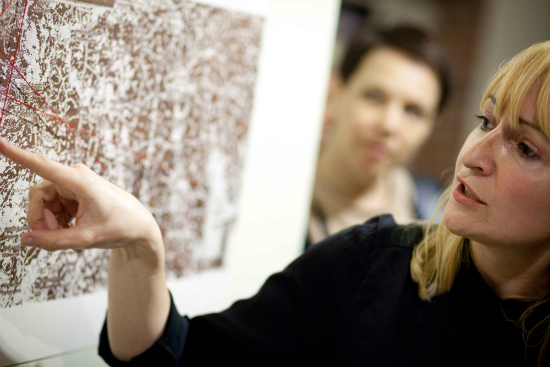 Sława Harasymowicz: When I was researching history that affected my family, and the First World War in Galicja, there was a great shortage of food at the time and they were producing this produce that was called ‘ersatz,’ a substitute. It also made me think about my great grandmother, who was German and lived here at that time. I just imagine her using this word a lot. On another level, the exhibition is a little bit like a substitute. It is very difficult to say everything about the history in one project and Ersatz is just a start, I know it is still not finished.

KP: You use photographs, documents and another objects from the Ethnographic Museum of Krakow, what did you want them to tell us?

SH: The installation combines a lot of different media and tries to find some order in chaos. That’s why there are no family photographs – it reflects my own way of working. I always work with mixed media, with a lot of fragmentation.

KP: What inspires you the most?

SH: History and obscure objects. Moments that you imagine to be familiar, that you think you know very well, can turn out to be something completely different. I like when you find a secret in something that you think you know very well. For example, it happened to me when I found out about my childhood home – the building was used to house people repatriated from the historical eastern borderlands after the war.

KP: Which inspires you most about history?

SH: What interests me is how personal stories are bound up with public history and how people deal with it. This particular exhibition goes back to the period of World War II – it is something that we never discuss it in my family, because it was quite traumatic. In Poland it is not finished yet, we could not talk about it during the Communist period and still we have not dealt with it.

KP: Do you have any new projects on the horizon?

SH: I am going back to London, where I live permanently, and I am going to focus on something very small, but I am going to do a large project in a big museum in London where I worked before, a nice place.

KP: How has Krakow changed since you left to live in England?

SH: It is very different. I left Krakow in 1997 and it is a different town now. There are so many new places and developments. It is interesting how much the city has opened up to people from abroad and how popular is. I find the way that the development of the town has taken away its previous character disturbing. I don’t really feel this is my town anymore, I feel like a visitor. Maybe that’s why my family history is in a museum – it is where I feel I can place my own history. It is strange.

KP: I guess Krakow’ s streets are full of history for you?

SH: Moving through Krakow you are so exposed to history. I used to walk back through Kazimierz from my school during the 1980s, and it was deserted then. It was a different place altogether, there wasn’t a single café. Imagine that! Now Kazimierz is the coffee district. We go from one extreme to the other.

KP: You use a lot of media, which is your favourite?

SH: I like to work with images, pictures. It is always moving between photography, drawing and print. Sometimes a drawing becomes a screen print. I quite like the way a person looks in this way – it is not too precious.

SH: I haven’t had the time to relax yet, but I like to walk by the Wisła and to Kazimierz.

KP: If you could be an artwork, what would you be?

SH: I would be a screen print. They can crop up everywhere, and you can have many copies of them

Find out more about Sława Harasymowicz on her website.