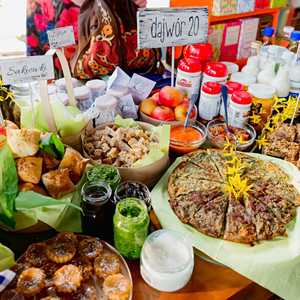 We live in a country where one person in 20 is a farmer (yes, Poland has almost two million farmers) – you’d expect us to be knee deep in great produce, with farmers markets in every district, multitudes of small food producers, and restaurants and shops proudly advertising their suppliers. Unfortunately, the reality is a little different.

Krakow’s everyday food culture is dominated by the need to serve large quantities of cheap food to the vast numbers of short-term visitors, while locals usually head to supermarkets and convenience stores rather than the market. Official food fairs organised by the city have had the same, stale format for decades, often seeming to focus more on the artistic and public speaking aspects of the program than actual food.

So when Najedzeni Fest burst onto the scene in June 2013, it was a breath of fresh air (metaphorically, it was actually a sweltering hot Sunday). The fact that it was one of the first events in 30 years at the abandoned Communist-era Hotel Forum probably helped attract some of the 6,000 people who turned up, but many came because it was the first open overview of the culinary state of Krakow – from restaurants, cafes, caterers and shops to farmers and producers of cheese, charcuterie and bread. 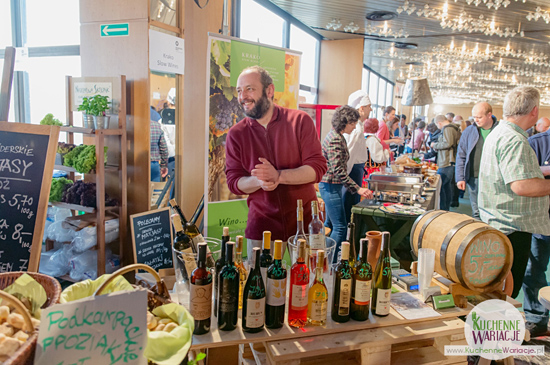 Najedzeni Fest was created by Magda Wojcik and Kasia Pilitowska – two food lovers from Krakow. They told me that they had both felt the need for something like this, but it wasn’t until they met that they decide to make it happen. From the outset, they wanted Najedzeni to be a true festival and not just a market, so it had to educate as well as feed people.

Magda explained that the main goal of the festival is to encourage the people who come to interact with the people who make the food. In everyday life, this interaction is usually impossible, because there is a shopkeeper, market trader or waiter between the two, but at Najedzeni Fest the people who make the food are right there serving it, answering questions and explaining why they do what they do. Food producers get direct feedback, and the public get to try lots of different types of food for very little (most things cost less than 10 zloty per portion) and find out more about what they are eating. 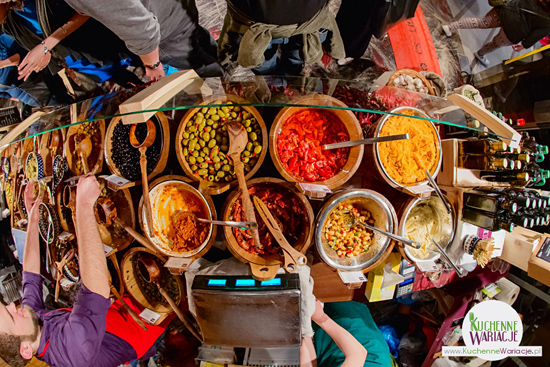 Over 9,000 people are expected to attend the next edition of the festival, on June 22, eager to sample the produce from about 90 food stands. The theme this time is ‘Local’ and things will be even more interesting than last year, with screenings of food-related films, workshops, cooking demonstrations, discussions and talks. Magda says she wants to encourage Cracovians to see themselves as part of the system of food production, not just as consumers, and to realise that where we spend our money makes a difference.

The idea of conscious consumption, including of food, has attracted more and more debate as the need to feed people, particularly in the developed world, has become more complex. Food production and processing is a global operation that impacts all levels of life, from the health of the individual to the health of the environment. There are global, geopolitical concerns too – only last year, it was announced that a Chinese company had signed a deal to lease up to nine percent of Ukraine’s arable land for growing crops and raising pigs to feed the growing Chinese population. 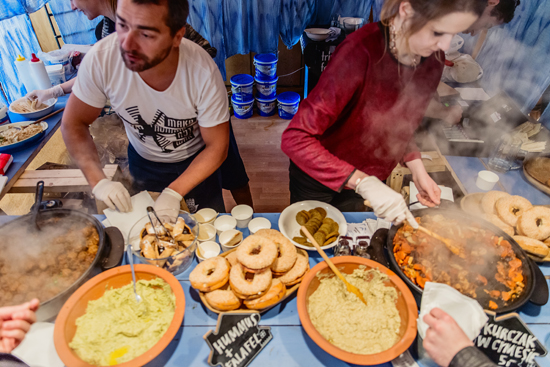 The issue is complex; there are strong vested interests at stake and no simple answers in sight. It’s not all doom and gloom though, and there are a growing number of initiatives that attempt to redress the issue at a local level. Most people by now have heard of farmers’ markets, where food producers sell direct to consumers, but community supported agriculture (CSA) is another approach that is growing in popularity.

At its most basic, a CSA is a network of people who commit to supporting one or more local farms, with both sides sharing the risks and benefits. Farmers know that they can sell their produce at a fair price without paying an intermediary, while consumers know where their food comes from and that their money is going directly to the grower. It doesn’t work for everyone, but it’s one example of how consumers can get together to make a big difference.

It is encouraging to see similar initiatives appearing in Krakow. I’m a member of a buying group here in Krakow. We place regular orders for wholesale quantities of food from suppliers that include a Sicilian farmers’ cooperative, a Danish herring producer and internet shops that give us discounts for bulk buying. Over the last year, we’ve bought several dozen pallets of organic avocados, blood oranges, lemons and tomatoes, cheese, tea, flour, grains and some extraordinary herrings from the Danish island of Bornholm. 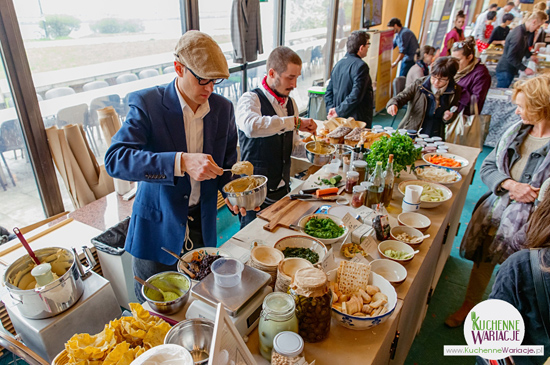 Other initiatives include the Wawelska Kooperatywa Spozywcza (Wawel Food Cooperative), which organises group purchases from local small and organic farmers. The Wawelska Kooperatywa Spozywcza is a true co-op, which means its members commit to contributing some time every month toward keeping it going, which could mean anything from packing the weekly orders, helping with admin or visiting farmers.

The June edition of Najedzeni Fest will allow Cracovians to meet the people behind these projects, among others, and provide an opportunity to find out more and get involved. If nothing else, it will be a chance to eat some great food. No one goes home hungry.