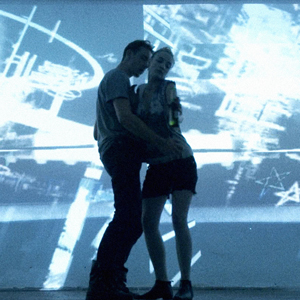 After establishing himself as one of the most sought-after music video directors in the Polish market, Krzysztof Skonieczny prepared himself for the great leap to the big screen. His lustrous work for Jamal’s hit DEFTO had already demonstrated his thirst for broader storytelling.

Considered by its author to be a film about the polarisation of the generations, Hardkor Disko recounts the bizarre journey of Marcin (Marcin Kowalczyk) who travels to Warsaw apparently with the aim of settling old-scores with the parents of his girlfriend Ola (Jaśmina Polak).

Parents and children have rarely been so distant from each other in Polish cinema as they are in this tale. The motivation for Marcin’s desire for vengeance remains unexplained – the vendetta motif is nothing more than a MacGuffin to justify the protagonist’s spree of violence. To a certain degree, the figure of Marcin evokes Jacek, the deeply apathetic murderer of Kieslowski’s A Short Film about Killing (1987).

Overall, Skonieczny has made very few concessions to mainstream audiences. The fast-paced editing style is not restricted to the film’s high-energy trailer. This young Polish filmmaker has entered the cinematic fray with all the inventiveness and impetuosity of his age.