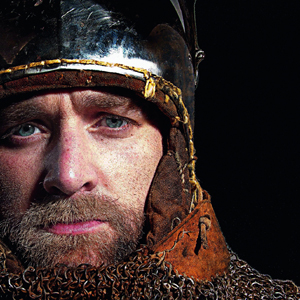 Medieval knights, when not engaged in ferocious combat to the death (or training for it), were likely to be collecting taxes for their feudal lord, caring for their estates, or game hunting.

Not Krzysztof Olczak. At 37, he has the respectable beard, rugged jaw, and keen steel-grey eyes one might expect to find beneath a grated helmet, but he spends his “normal” life – scare quotes his – working as a sound technician at one of the biggest concert clubs in Łódź and helping his wife care for their six-year-old daughter. It’s at weekends that he dons 30kg of armour before bludgeoning lawyers, doctors, salesmen, policemen, firefighters, soldiers and students with blunted weapons as the national Team Captain of the Polish Association of Medieval Combat (Polskie Stowarzyszenie Walk Rycerskich, or PSWR). 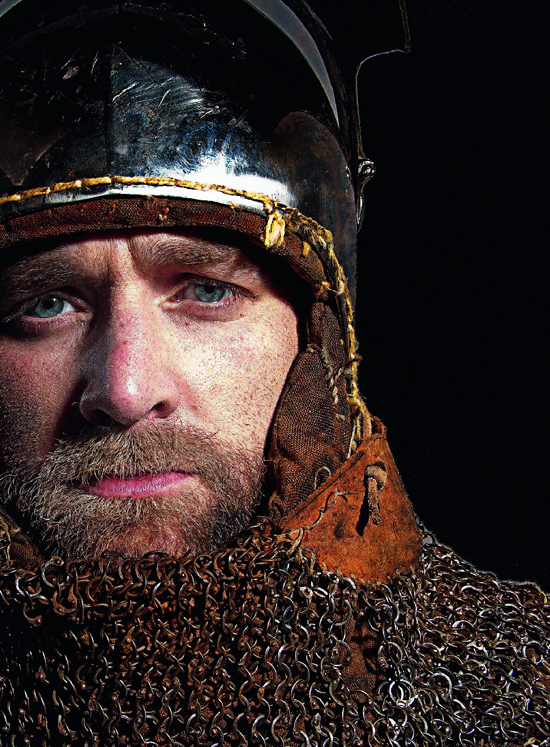 Owing to the richness of its history during the Middle Ages, Poland naturally has a long-running love affair with re-enactments of that period. Krakow’s famous annual St John’s Fair (Jarmark Świętojański), for example, will feature ancient crafts, instruments, and costumes at the foot of Wawel during the upcoming solstice. Until recently, though, such events have mostly limited their activities to the educational, the aesthetic, and the theatrical.

It wasn’t until the early 1990s in Russia and neighbouring Slavic countries that people began taking an interest in replicating authentic styles of medieval battle. Poland entered the fray in 1998 with the first of the now-annual re-enactments of the famous 1410 Battle of Grunwald, in which the forces of King Władysław Jagiełło crushed the German-Prussian Teutonic knights and marked the regional ascendance of the Polish-Lithuanian Union. Six hundred years later, modern Polish enthusiasts are clashing with Belarussians, Ukrainians, and Russians in regular “bohurts” – medieval melees – for fun, and maybe a little bit of national glory.

It was a rough beginning, though, with no standard rules for competition and featuring a hodgepodge of armour with greater or lesser degrees of authenticity and anachronism, and Polish groups admit to being frequently embarrassed in dress and in combat by their more experienced counterparts to the east. But Polish medieval re-enactment has since grown up. The PSWR now boasts over 200 members, male and female, in eight clubs across the country. Battle equipment is carefully modelled on excavations, drawings, sculptures, tombs, and paintings from the 14th and 15th centuries and evaluated by professional historians before competitions. No plastic allowed.

So what does it take to be a Polish knight in the 21st century? Serious enthusiasts train and practice several times a week in different styles of sword sparring, fitness, and martial arts. Then there’s the cost. A set of metal armour alone runs 3,500 zloty, minimum. A truly dedicated champion will opt for the lightweight, hardened spring steel, at a treasury-straining 5–6,000 gold pieces. And that’s not including weapons, shields, hand-stitched shoes, capes, the thick under-armour necessary to protect against heavy blows, and even the historic dining utensils used at chow time during events.

The tournaments themselves consist of a variety of events ranging from one-on-one combat to free-for-all battles and can last from a few seconds to a quarter of an hour. Generally, a player taps out when three body parts (including the feet) are touching the ground.

Despite the fact that fighters are allowed a generous ‘kill zone,’ which includes the base of the skull, the sport claims fewer injuries than many types of relatively unprotected fighting. “If this armour protected knights from serious injuries 600 years ago,” former team captain Hubert Filipiak told Newsweek Polska, “it can do the same job today.” He brags that in his ten years of participation he has only suffered a chipped clavicle, fractured ribs, and torn knee ligaments.

Other challenges fighters face include a narrow field of vision and highly restricted breathing, which can quickly take its toll in a fast-paced exchange of body blows – often especially for female knights, who represent a small but intensely dedicated faction of medieval battle re-enactors and who have the same armour requirements as men. 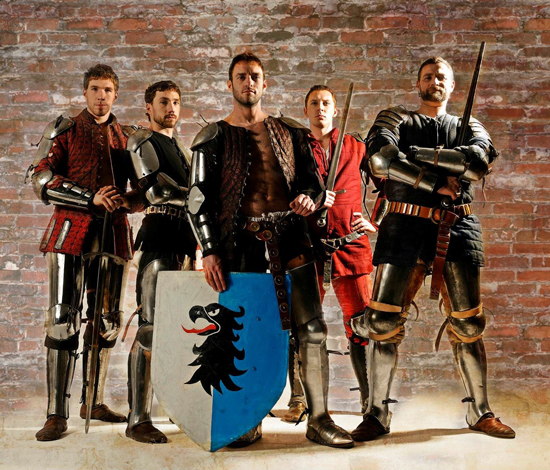 The most renowned international event is the Battle of the Nations, now in its fifth year. The 2014 host city for the June 12–15 tournament is historic Trogir, Croatia, a three-hour drive along the stunning Adriatic coast from Dubrovnik, where much of HBO’s Game of Thrones is filmed.

Twenty five thousand attendees are expected, including 500 participants from 22 countries – among them such far-flung kingdoms as Argentina and Japan. Fights will feature commentary in five languages and be covered by 15 TV channels and 10 radio stations. There will also be competitions for archery, attire, and field camp authenticity, not to mention 24-hour massage tents and nightly entertainment of traditional dance.

“I know all my fighters are really well prepared for this competition” said Captain Olczak, “and that they will do their best to win.” He declined to make any further predictions, though the Polish national team has performed very well at past Battles of Nations and even hosted 2012’s tournament in Warsaw.

Violent and adrenaline-fuelled as their sports are, the PSWR maintains that their mission is wider than simply antiquated brawling. They also aim to educate people about history and the values and ways of life that people had then. So, do these medieval combat enthusiasts actually dream of being born in a different age, one of chivalry and legend?

Olczak pondered the question. “Most people say that they could live in the past, but their condition is to live as a member of a particular social class – for example, as a knight, or at least a rich citizen. But living as a peasant with no rights and money was not an easy life.”

Fortunately, in the 21st century, even a techie can achieve glory. “A proud knight,” as Olczak says, “is always ready to serve and protect.”