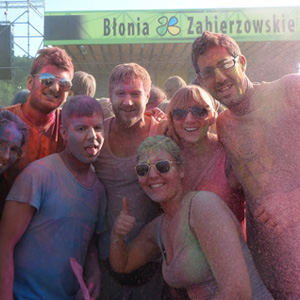 Thousands of young people took part in Krakow’s first Festival of Colours on June 8, but there were complaints about poor organisation.

Festival-goers paid 10 zloty each for the privilege of throwing handfuls of coloured powder each other and partying to live music provided by Chameli Group, Coria, Raggabarabanda and Lagodna Pianka. 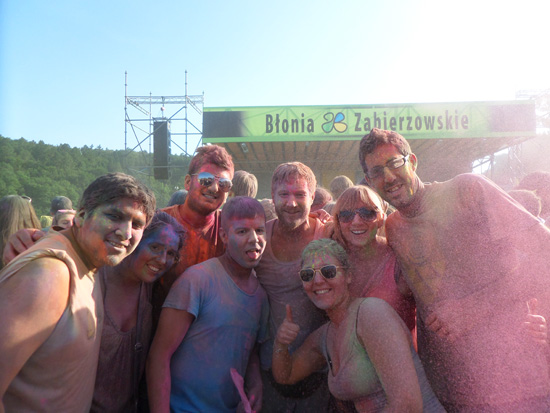 Thumbs up for colourful fun

For the majority of attendees, public transport was the only way to reach the venue at Błonia Zabierzowskie, and trains and buses were packed beyond capacity.

Several people told the Krakow Post that the festival’s organisers should have provided extra buses.

Taxis did a roaring trade transporting those unable to get on buses and trains back to the city centre. 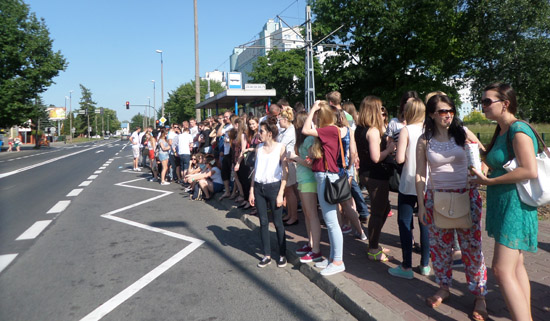 Food and refreshment vendors were also overwhelmed by the large crowds. Long queues to the bars were a constant feature, with thirsty festival-goers having to wait at least on hour to get served.

Despite the frustrations, the mood was celebratory and peaceful throughout the event, which ended before 9pm.

The Festival of Colours is inspired by the ancient Hindu festival of Holi, which is primarily celebrated in India and Nepal to mark Spring, but is also becoming popular among non-Hindus in North America and Europe.