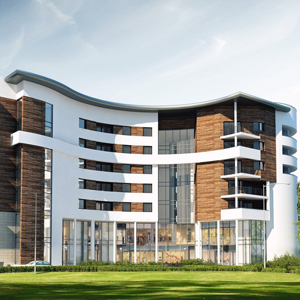 A perusal of any online real estate forum will show that Krakow’s property developers are much maligned – often seen as turning an easy profit from poor, suffering individuals who have no option but to buy apartments from them. What is the reality?

Krakow has had its fair share of unscrupulous property developers during the past decade, but the vast majority are now professional businesses with a long-term approach, which engenders a lot more transparency than was once the case. These days, it is often developers who are being stretched by arcane planning laws, new financing realities and legislation that favours the end-buyer.

A property developer’s first issue is having enough cash to ‘freeze’ in a land/property purchase – a typical city centre plot in Krakow big enough for 50 apartments could cost well over a million Euros. The value of a plot will be highest if it comes with full planning permission (i.e. a valid, detailed building permit). Only about half of Krakow is covered by basic outline planning though (in the form of a valid master development plan), so a developer may also place a much lower value on a piece of land in the expectation that such a master plan will come into force – or that separate, self-initiated planning ‘warunki zabudowy’ (WZ) can be arranged for a piece of land not covered by an existing or proposed master plan. A developer will have to weigh up the time required to receive outline planning in the form of a master plan or WZ, plus the cost and time of arranging a full building permit.

The most trouble-free scenario is to buy a plot with a valid build permit. Any other permutation can lead to an extended version of Paper-Scissors-Stone. A WZ can be quashed by a new master plan for a specific area, or an existing master plan can simply disappear (as has just happened in Czyżyny). The WZ procedure for outline planning can be protested by any neighbour to the plot, which can mean hundreds of individuals having a say if you are applying for planning next to an inhabited building. Quite often, a pressure group will apply to become a party to the planning procedure on the grounds that it has some interest in the general area – thus a developer may end up with a protest from a ‘virtual’ neighbour even when all seems to be running smooth with the ‘real’ neighbours.

Once the planning process (which can take several months or many years) has been concluded, a developer will either use their own cash reserves to build or – more typically – arrange construction finance from a bank. Banks will typically want to see a strong track record of development and also want the safety of a certain percentage of apartments having been pre-sold before they will release any funds, as well as a strong commitment from the developer in terms of cash invested. The value of the development plot itself will suffice in most cases, but some banks may ask for additional equity depending on how cheaply/expensively the developer bought the land and/or if the bank deems the developer should increase their ‘skin in the game.’ During the credit crisis, banks were very wary of lending at all and many developers who had managed to break through the planning process were then stymied for several years until the finance situation cleared up.

In former times, it was legally permissible for developers to use clients’ funds towards the construction of the development but since the so-called ‘Developer’s Act’ this is being phased out, with developers now obliged to use their own cash to construct or to take construction finance (with clients’ funds safely locked in an escrow account). This, of course, has increased the cost of financing for developers, and they now face several other obligations – not least being the requirement to deliver the apartments exactly according to the sizes proscribed in the original plans/contracts, allowing the end-buyer to withdraw even if there is a tiny error in measurement.

On top of all these travails, an investor has to keep a weather eye on the market. There is always the risk of the supply of apartments outrunning demand, leading to a crash in prices, or of an unforeseen game-changer, such as a financial crisis. In short, residential property development is not for the weak-hearted and, despite the attractive potential upsides, is a field likely to appeal to just a few brave investors.