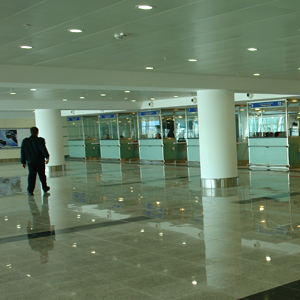 Beginning in May, non-EU nationals interested in settling in Poland will benefit from a new law signed by President Bronisław Komorowski on December 27, 2013. The changes remove restrictions and ease procedures for those applying for residence and employment permits, including a measure intended to help foreign students at Polish academic institutions remain in the country following graduation.

Official figures put the total population of foreigners living in the Małopolska region at over 10,000 – this includes all registered, non-EU nationals plus all EU and non-EU foreign students, but does not include all non-Polish EU citizens living in the region, since many of these do not register with the authorities. The 10,000 plus figure for Małopolska accounts for about 20 percent of all foreigners registered as living in Poland.

The new law, which came into force on May 1, means that foreigners will be able to apply for work and residence permits in a single procedure. Additionally, instead of a residency permit expiring immediately upon termination of employment, the new law provides a one-month grace period during which foreigner residents can search for a new job.

Temporary residence permits will now be granted for three, rather than two, years and applications to extend residency will no longer have to be submitted at least 45 days before they expire. Beginning in May, foreigners will be able to apply to extend their residence permits or visas at any time, even on the last day of their legal stay in the country.

It will now also be possible for foreign students studying at Polish academic institutions to seek employment in Poland for up to a year following graduation. Ewa Piechota, from the Office for Foreigners, told Newseria Biznes: “Graduates from Polish academic institutions will now be able to apply for year-long residence permits allowing them to search for employment in our country following graduation.”

This is good news for the almost 3,000 foreign students currently studying in Krakow, as well as for the local business process outsourcing (BPO) and shared services centre (SSC) sectors, where employers are keen to find candidates with a variety of languages.

Data published by ASPIRE (the Association of IT and Business Process Services Companies in Poland), shows that its member companies in Krakow serve clients in 94 countries, using 36 languages. Of those languages, the top requirements are for English (86 percent), German (15 percent), French (14 percent), Polish (11 percent), and Spanish (5 percent). Given these figures, the attractiveness of Krakow’s burgeoning foreign student population is clear.

Also according to ASPIRE, the outsourcing market in Krakow now employs some 3,500 foreigners, which is about 11 percent of the total workforce. These numbers are sure to increase as regulations for foreigners continue to ease. There is an increasing emphasis on native-level proficiency in the outsourcing industry, something which is much more commonly found among foreigners than Poles.

Certain obstacles for foreigners will remain. The law that came into effect in May includes the provision that employers interested in employing people from outside of the EU will still need to demonstrate that the local job market is insufficient to fill those positions. Foreigners applying for temporary residence will also need to provide proof of health insurance, detailed employment information, and information on financial resources to cover living expenses.

A website, www.cudzoziemcy.gov.pl, to help foreigners understand the new law was announced at the beginning of this year but had not yet been implemented as the Krakow Post went to press. A related web project, Polska, tu mieszkam (Poland, I live here), is online, but is only available in Polish [UPDATE: Parts of the website are now available in several languages].

Besides the national government’s efforts to make the country more attractive for potential immigrants, NGOs are also doing their part to revive Krakow’s historical multiculturalism. Local NGO Interkulturalni.pl, is working on changing legislation and attitudes in the city and across Poland in order to develop an open and “multicultural society.” One of these projects includes an “Alley of Shame” page, which displays photos of racist graffiti throughout the city.

Despite these efforts, complaints about a lack of information remain common among the foreign community in Poland. Any number of visitors to the Office of Foreigners will recount the irony of an institution intended to deal with foreigners where the staff only speak Polish. A shortage of information about existing laws, let alone the new law, in other languages is also a problem.

While researching this story, I spoke with two lawyers tasked with informing foreigners about legal issues at a university career fair attended by hundreds of foreign students. When I asked about the new regulations to be implemented in May, one lawyer was completely unaware of the new law, and even laughed at the suggestion there would be one. Before her more knowledgeable partner was able to inform me that such a law did in fact exist, she shared this advice: “If you want someone who doesn’t know Polish to live here, you should marry them.”

In a country that boasts the lowest percentage of foreign residents of any in the European Union, the times are changing slowly. The new law will surely make it easier for foreigners to stay in Poland legally, though it may be some time before the true potential of these changes becomes reality Until that happens, we can always marry our foreign friends.