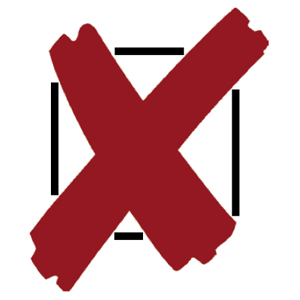 A referendum to be held in Krakow on May 25 will be the first of its kind in modern Poland. It will put four questions to Krakow’s citizens, asking for their opinion on the direction of major city policies.

The four questions will be:

1. Are you in favour of organising a Krakow Winter Olympics in 2022?

2. Are you in favour of constructing a metro rail system in Krakow?

3. Are you favour of the creation of a video monitoring system in Krakow, with the aim of improving safety in the city?

4. Do you think Krakow should build more cycle paths?

Voters will be asked to provide a ‘yes’ or ‘no’ answer, and the results will be binding on Krakow City Council (Rada Miasta Krakowa), provided turnout exceeds 30 percent.

Foreign nationals in Krakow will be eligible to vote in the referendum, provided they are EU citizens, over 18, and “permanent residents” of the city – which usually means having a permanent registered domicile (meldunek) in Krakow.

The decision to hold a referendum was taken at an extraordinary session of the City Council on April 1, though Poland’s National Electoral Commission has challenged its legality because it will be held on the same day as the European Parliament election.

The Council has rejected this criticism, arguing that it alone is responsible for organising local referendums, and that the plan to have voting take place in separate rooms and with separate registers negates any concerns about legality. Civic Platform (PO) councillors have argued that holding the referendum on the same day as the European elections is the best way to ensure a greater than 30 percent turnout.

The impetus to hold a referendum came largely from Civic Platform councillors, and followed a comment from Prime Minister Donald Tusk that: “Without the consent of the inhabitants of Krakow, we cannot move forward.”

Councillors initially against holding a referendum included deputy mayor Magdalena Sroka, who said in an interview with Radio Krakow in January that such a vote was not needed, as it hadn’t been needed before Euro 2012 or the Volleyball World Championship.

Krakow’s mayor, Jacek Majchrowski, had pushed for a single issue referendum on the Winter Olympics bid, but councillors were persuaded by Grzegorz Stawowy’s argument that, at a cost of about one million zloty, it would be worth putting other questions to the electorate at the same time.

Law and Justice (PiS) councillors argued for the inclusion of many more questions in the referendum, on subjects including smog reduction, property taxes, and roads, but these were voted down.

The question of Krakow’s bid for the 2022 Winter Olympic and Paralympic games is likely to be the most hotly debated in the run up to the vote. Strong opinions are evident on both sides, with pressure groups such as Krakow Against the Olympics (Kraków Przeciw Igrzyskom) and Krakow Is Worth the Olympics (Krakow Wart Jest Igrzysk) agitating for support.

Three weeks before the referendum, the anti-Olympic camp seems have greater support, with the Krakow Against the Olympics Facebook page having gained ten times the number of supporters as the Krakow Is Worth the Olympics page (20,500 versus 2,250).

Already controversial, the Olympic bid was hit by negative publicity when the chairman of Krakow’s bid committee, Jagna Marczułajtis, resigned on April 12, following allegations that her husband had offered payments to journalists in exchange for stories emphasising the benefits of hosting the games. Her post was filled by deputy mayor Magdalena Sroka.

Krakow has launched a major public information campaign intended to persuade voters of the merits of the Olympic bid, including television, Internet and billboard ads. A national poll carried out by the Homo Homini Institute, however, found that 58 percent of respondents though the bid was a bad idea.

If Cracovians support the continuation of the bid process, the city will face off against four other contenders: Almaty (Kazakhstan), Beijing (China), Lviv (Ukraine), and Oslo (Norway). Ukraine’s bid is said to be ‘on hold’ but still active, following recent political unrest in the country, while the Norwegian capital’s bid was only narrowly supported by a referendum in September 2013.

The question about a metro system for Krakow will allow the public to comment on a proposal that surprised many Cracovians when it was first unveiled last year, and has drawn criticism that it is unnecessary and expensive.

According to City Council chair, Bogusław Kośmider, the question about a CCTV system for Krakow will determine whether installing surveillance cameras is a security priority or not. Opponents argue that investing in police forces and police stations should be the priority.

Most vague of the four questions, details of the extent and cost of any extended cycle path network are not known. The consequences of a ‘yes’ majority on this question are unclear, while a ‘no’ vote is likely to simply put an end to new cycle path construction.

Poles have had sporadic experience of referendums – with mixed success – but a local referendum of the kind to be held this May is unprecedented. Two local referendums, concerning border issues, were held during the Second Polish Republic, but no Polish city has previously asked its citizens for such direct policy input.

Two national referendums were held in Poland during the era of Communist rule. The first was the infamous Polish People’s Referendum of 1946, also known as ‘Three times yes’ referendum, which helped solidify Communist control and was widely regarded as fraudulent. Cracovians remain proud of the fact that this city was the only one able to return an honest, non-conformist result.

The second national referendum, in 1987, was intended to obtain approval for political and economic reforms, but public defiance of the then ailing Communist regime was such that insufficient voters took part for the results to be valid.

Article 4.2 of the current Polish Constitution states that the nation exercises power directly or through its representatives, which allows nationwide referendums, while article 170 states: “Members of a self-governing community may decide, by means of a referendum, matters concerning their community, including the dismissal of an organ of local government established by direct election.”

Nationwide referendums have been held three times since the end of Communist rule in Poland. In 1996, Poles were asked to approve the enfranchisement of citizens and the privatisation of state-owned assets. In 1997 they were asked to approve the new constitution, and in 2003 Poland voted on joining the European Union. Only the last of these saw a sufficient voter turnout for the result to be binding.

The only other example of a local referendum in recent Polish history was the attempt to recall mayor of Warsaw, Hanna Gronkiewicz-Waltz, in October 2013. Despite more than 90 percent of votes cast in favour of dismissing the mayor, the recall failed due to insufficient turnout.

The recurring theme of low voter turnout is also evident in European Parliament elections in Poland. Only 21 percent of voters went to the polls for the first of these, in 2004, and the figure was only 25 percent for the most recent, in 2009.

6 thoughts on “Krakow Referendum First of Its Kind in Poland”