A recent incident at a German airport involving a German customs officer, a Polish MEP, possibly too much wine and the words ‘Heil Hitler!’ has got me thinking about how we view things differently on either side of the old Iron Curtain. Polish MEP Jacek Protasiewicz may be facing charges after allegedly shouting ‘Heil Hitler!’ at a German customs officer in Frankfurt. Whereas many Brits would think ‘So what?’ the incident has sparked offence in both Germany and Poland.

It is hard to get a handle on what actually happened. Not just because the customs officer and Protasiewicz have differing views on the event, but also because of news reporting of the incident. In short: the customs officer says Protasiewicz shouted ‘Heil Hitler!’ at him, then told him to go to Auschwitz. Protasiewicz claims he was offended after being told ‘Raus!’ (‘go’) because, in Poland, this word is similar to saying ‘Heil Hitler!’ and, after being physically pushed by the officer, advised him to go to Auschwitz. Alcohol was also involved: however, the amount is up for debate. The customs officer says Protasiewicz was staggering about the airport. One news report says Protasiewicz had admitted to only having one glass of wine; another report, two glasses of wine; and another report, two bottles of wine. It just goes to show the accuracy of news reporting these days. 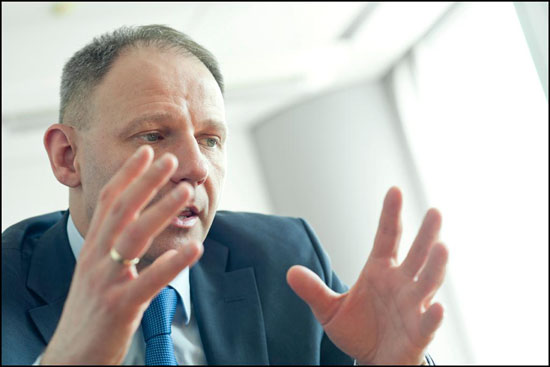 Having lived in Poland for well over four years now, I know how sensitive Poles can be about any mention of World War II – understandably so. The Poles went through horrors that Brits cannot begin to imagine. It is a topic that has gotten me into trouble on many occasions. I come from a country where making jokes about the war is commonplace, a country where being as near-to-the-knuckle as you possibly can is an integral part of many comedians’ acts – it is not appreciated when you bring this humour into a Polish pub. For many Poles, this is an era that is not easily forgotten, especially since the repression did not end with the end of the war.

Germans are just as sensitive. Admittedly, Germans I have spoken to are quite happy to make jokes about the subject, but it is more in the way of embarrassment for their country’s role and a feeling that they deserve to be ridiculed. Most Brits would disagree with that viewpoint; Poles, however, would probably completely agree. Again, showing how differently we feel about these things. As a Brit living in Poland, I have learnt to keep my mouth shut in certain company. It does get me wondering, though, how Poles living in the UK feel about hearing World War II jokes on TV, or reading them in magazines.

Speaking as a Brit, how much wine Protasiewicz drank or the exact words he used are not the biggest problems. The problem here is that he felt the need to react like that in the first place. Yes, we all get annoyed every now and again, but as an MEP he should have been able to control his anger and make a complaint later, if he felt the need to. Another problem is not comprehending cultural sensitivities – on the Polish side and on the German side – proving that we need to make more of an effort to understand one another in order to put past events behind us and get along in harmony.