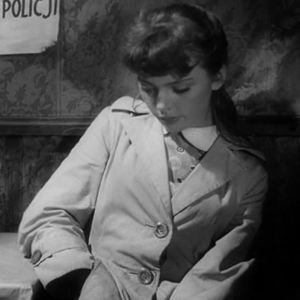 Until the 1970s, the Polish movie industry made precious few attempts to make the nation laugh, but Ewa chce spać was one of the most charming. Tadeusz Chmielewski cleverly exploited the Bardot-esque charm of Polański’s first wife, Barbara Lass, for the titular role, but it was the brilliant contribution of cabaret-guru Jeremi Przybora to the screenplay that made the difference.

Chmielewski’s debut feature deals with the bizarre odyssey of Ewa, a 16-year-old, wide-eyed innocent, searching for a place to stay on the night before her school opens. The nocturnal, dreamlike setting allowed the Polish cinéaste to sidestep the curtain of censorship. The clownish police officers and petty thieves she meets are as bad as each other.

The film can also be interpreted as an attempt to habituate people to the presence of the Milicja Obywatelska on the streets, and to rebuild the reputation of the security forces after their brutal intervention in the 1956 Poznań protests. As a cinematic escape from dullness of the People’s Republic of Poland, Chmielewski’s feature is unequalled in tact and grace.