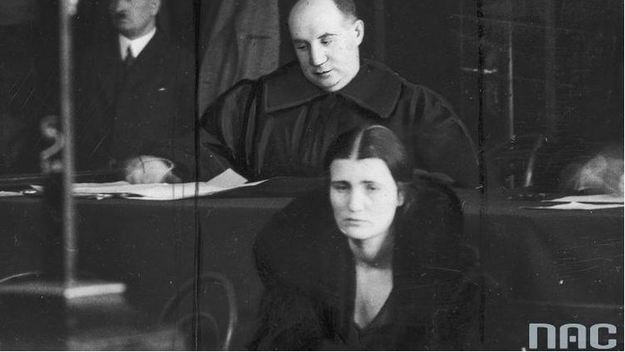 Midnight – the day before New Year’s Eve, 1931. Lviv rested beneath a layer of fresh snow. Staś Zaremba, 14, awoke with a start at a yelp from Lux, the family dog.

Fearing thieves, Staś rushed to the window – but saw no one in the white courtyard below.

He crept out into the dark hallway.

There he saw his stepmother, Margerita Gorgonowa, standing in a dirty fur coat and a nightgown between the piano and the Christmas tree. Rita met his eyes and turned up the stairs.

There was no answer.

He pounded on her door.

Staś finally entered the room to see the 17-year-old girl lying in bed, her face covered with a pillow. Removing it, he found her body warm yet lifeless, her neck twisted and her crushed skull awash with fresh blood.

The police arrived to find Rita still there, having changed her nightgown yet still with blood-flecked hands and a fur coat stained with faeces. Outside in the pool they found what seemed to be the discarded murder weapon – a heavy iron tool used to make holes in ice.

There were no signs of forced entry and no footprints leading to the house in the snow, but in the cellar was one of Rita’s handkerchiefs, spotted with red. She was promptly arrested for murder and convicted in Krakow after the most infamous trial of the Second Polish Republic.

These are the apparent historical facts. But now, 83 years later, Rita Gorgonowa’s daughter and granddaughter are fighting to open the case again to clear her name. To understand why – and if they might succeed – we must go back to the beginning. 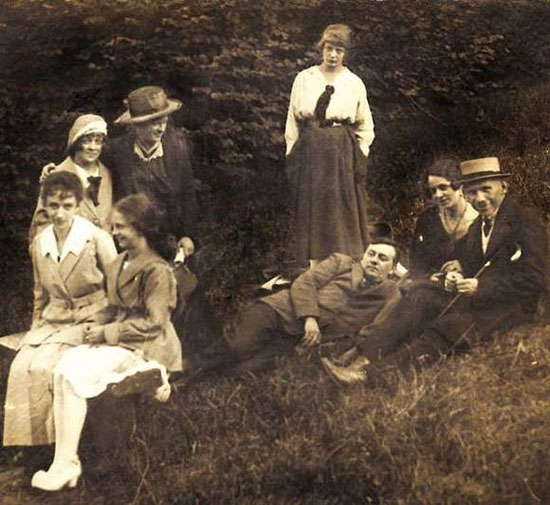 Lusia and Staś had never cared for their stepmother. Born in the Dalmatian region of Croatia in 1901 as Emilia Margerita Ilic, Rita had married Austrian army lieutenant Erwin Gorgon when she was 15. He left for America not long after the birth of their son.

Alone in Lviv, then part of Poland, she ultimately left the boy in the care of her husband’s parents and trained in childcare. In 1924, renowned architect Henryk Zaremba hired her as a governess for his two children.

Henryk, then 41, was a lonely man. His wife had been committed to a mental institution a year earlier. Within a year, he and Rita began an affair that produced another daughter, Romana, in 1928. But the relationship caused tension with the stepchildren, especially Elżbieta (Lusia).

The strain finally took its toll. In the winter of 1931, Henryk was planning to move with his children to another of their properties on the first of the New Year – not a clean break to the relationship, but a definite step apart. Then, just before the planned move, Lusia was murdered.

Due to the publicity around the case, Rita’s trial was relocated 300 km away, to Krakow. But even here it attracted unprecedented notoriety and spawned a media circus equal those that surround contemporary celebrity trials. Newspapers branded her “the personification of evil” and heaped fuel on the fire with sensationalist headlines such as “GORGONOWA THREATENS US ALL.”

Yet the press – and Krakow – were enamoured with her as well. “Finally,” wrote one journalist on the first day of the trial, “the door creaks quietly open to reveal the accused in expensive and elegant black furs. Her dark, uncovered hair is combed smoothly back and fastened with barrettes. Her pale face bears a charming expression, a gentle look in her beautiful eyes…”

Crowds swarmed to the courthouse, lining the steps and corridors to catch a glimpse of the bewitching Medea. The courtroom became a crushing sauna, causing one juror to faint. It reached a fever pitch several days later when the judge, in sweaty exasperation, cried, “The whole of Krakow cannot enter the room!”

Rita maintained her innocence throughout the trial. Her countenance swerved between cool collection – as Staś, the primary witness, delivered his grim testimony – to blushing, trembling spats with the prosecutor.

Her defence seemed flimsy at best. Her wet shoes? She had gone outside to get water in the night. The bloody handkerchief in the cellar? An unwashed menstrual rag. The bloodstained hands? Chopping a fish for a holiday meal. Her faeces-flecked coat? The explanations ranged from fear at discovering the body to a broken lavatory to blaming the dog. She blamed the newspapers and public as well, perhaps not unreasonably, for persecuting her and making a fair trial impossible.

The jurors didn’t buy it. After a short trial, Rita was found guilty and sentenced to death on May 14, 1932. An appeal also failed, though her sentence was reduced to eight years in prison the following year under a revised penal code. Finally, she was released early, in 1939. under an amnesty prompted by the war. 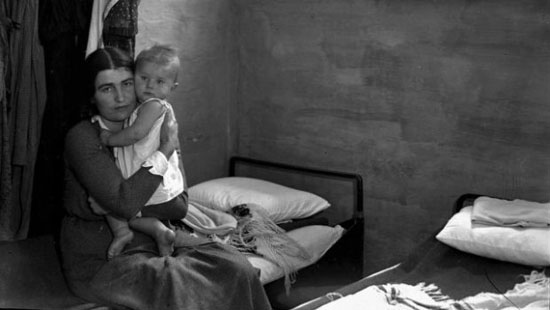 Margerita Gorgonowa in a prison cell, with her daughter Ewa.

Little is known about her life after. According to some reports, she moved to South America; others say she ran a kiosk in Opole. All that is known for certain is that she gave birth to another daughter early in her prison sentence, Ewa, who was given up for adoption.

Ewa and her daughter – named Rita, after her grandmother – are now fighting for a third trial, hoping to get the conviction overturned by the Krakow Court of Appeal or the Supreme Court in Warsaw. If they succeed, it will be unprecedented in Polish history.

So is there a case? Mariusz Kluszewski of the National Archives in Krakow pointed out in a recent TVN24 interview that the evidence, however compelling, was mostly circumstantial and far from scientifically conclusive.

The attorney working to clear the late Rita’s name, Michał Olechnowicz, agrees. He is currently attempting to gather new forensic evidence on the presumed murder weapon as well as a physical and psychological profile of the woman to show it was unlikely that she was capable of such an act.

Other doubts remain, as well: around the same time, a similar unsolved murder occurred in Lviv, but no one linked the two cases then. Other possible suspects include the gardener and a boy who had professed unrequited love for the murdered Lusia.

Not everyone is enthusiastic about these old ghosts being dug up, however. Former Justice Minister Zbigniew Ćwiąkalski has ridiculed the idea, comparing it to pardoning medieval witches burned at the stake.

But Rita’s descendants are indefatigable. “Rehabilitating my grandmother is the dream of my life,” says her granddaughter.

And, even after nearly a century, the case still captures the public imagination, with 69 percent of Newsweek Polska readers polled supporting a new trial for Rita Gorgonowa. Whether or not the authorities agree remains to be seen.