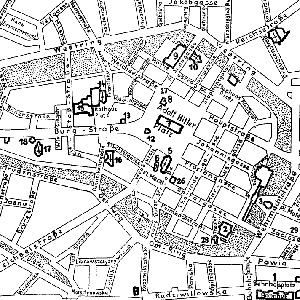 Most of the time, street names are just words we use to designate a meeting point, the address of a shop or a friend’s house. They are fixed markers in the urban landscape – sometimes quirky, short and memorable, sometimes long and unwieldy.

When you settle in a new city, as many of us have in Krakow, the street names are almost the first thing you learn about your new environment. These names are the first and most obvious clues to what a city thinks is important – what it chooses to celebrate about its past.

In the French film, l’Auberge Espagnole, a student spending a year in Barcelona muses that when we arrive in a new city, everything is unknown, but as we walk the streets and live our stories those names take on a new dimension, they become loaded with our own histories.

In a city as ancient as Krakow, and in a country with as turbulent a recent history, the streets and their names convey our own histories, but also the history of Poland.

Many of Krakow’s streets have known different names over the past century. Most famously, the Rynek Główny was renamed Adolf Hitler Platz during the German occupation. Grimly, ul. Jerozolimska (Jerusalem Street) in Podgórze became SS Strasse, because Nazi officers lived there. In the same period, ul. Basztowa became Wehrmachtstrasse and ul. Karmelicka, Reichsstrasse.

Some changes have been more subtle: ul. Jozefa Dietla, named after Austrian-Polish physician and mayor of Krakow, Józef Dietl, was called ul. Dietlowska before World War II, then Germanised as Dietelstrasse during the occupation, and finally took on its current name in 1945.

The most sweeping changes occurred during the Communist era, as names associated with Polish nationalism were replaced. Many streets paying homage to Catholic saints (Świętej Gertrudy, Świętego Tomasza, Świętego Piotra, among others) were changed at this time, their old names only returning in 1990.

Street names were highly symbolic for the regime imposed after the war, and for the political U-turn that followed its fall. For example, the street named ul. Armii Ludowej, (Polish People’s Army Street) until 1991 became ul. Księdza Władysława Gurgacza, after the Polish priest and member of the anti-Communist underground, Władysław Gurgacz, who was executed in 1949.

In the early 1990s, other reminders of Soviet influence were also removed: the avenue named after Russian poet Pushkin in 1955 once again took the name it had before 1945, commemorating the French World War I hero, Marshall Foch. 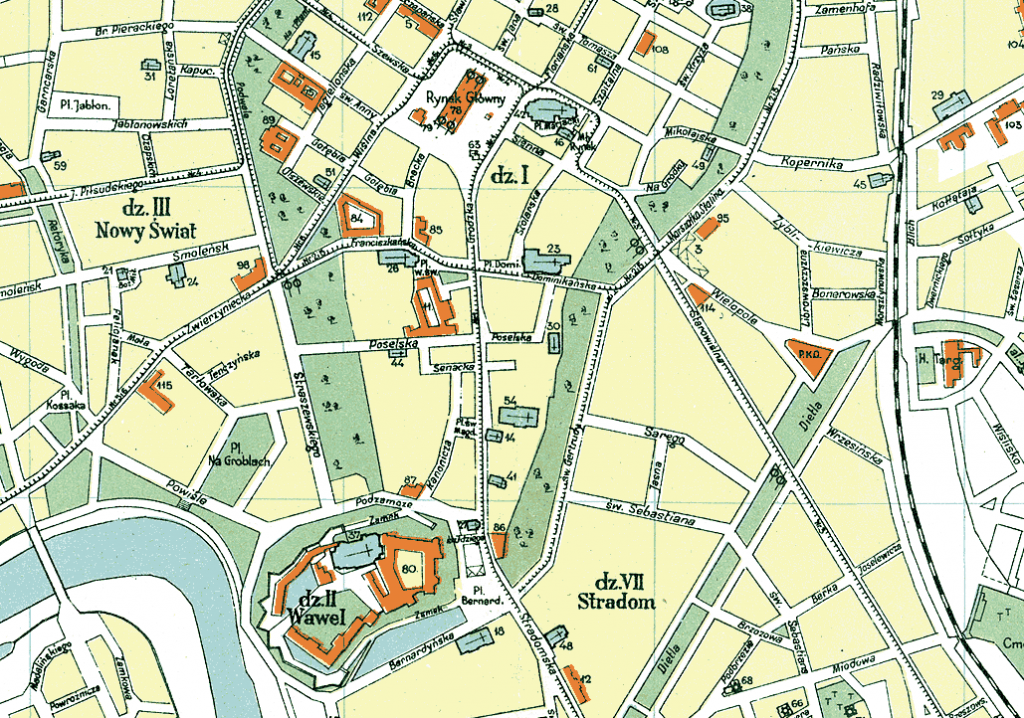 The avenue that has honoured the name of John Paul II since 1991 has known many names over the years. It was ul. Wojewódzka (Provincial Street) until 1959 when it was divided into two parts – Aleja Planu 6-letniego (Six-year Plan Avenue) from 1959 to 1991, and Aleja Lenina (Lenin Avenue) from 1949 to 1958. With the ‘reconsideration’ of Lenin’s importance, this part of the street bore the name of a village, Igołomska, from 1958 to 1975, before becoming Cuban Revolution Avenue.

Ulica Piłsudskiego, (Piłsudski Street) was renamed Uniwersitatstrasse by the occupying Germans in 1940, then returned to bearing the name of the great Polish leader. It was changed again in 1948 to July Manifesto Street, after the Manifesto of the Polish Committee of National Liberation – the Moscow-backed provisional government proclaimed in 1944 and opposed to the exiled government in London.

The changes that occurred in the 1990s did not entirely erase the Communist past. Two streets in Prądnik Czerwony still bear names with the political flavour of the era: ul. Bohaterów Wietnamu, named to remember the Communist side in the Vietnam War, and ul. Emila Dziedzica, named after Emil Dziedzic, a Communist party activist who died in 1943. Another holdout is ul. Czechosłowacka in Dębniki – named after a country that no longer exists.

The names of Krakow’s streets are diverse, ranging from historical to religious references and including many of the biggest names in Polish literature, art and science, such as ul. Bolesława Prusa, which crosses Aleja Focha, and the Avenue that surrounds the historical heart of the city, which bears the names of Poland’s Three Bards – Adam Mickiewicz, Juliusz Słowacki and Zygmunt Krasiński. Krakow’s longest street, ul. Władysława Łokietka, is amusingly named after Poland’s shortest king – Władysław the Elbow-high.

Today, changes to Krakow’s street names are less radical, but innovations are always needed because the city is growing. Krakow’s City Council is responsible for making decisions about new street names, but any citizen or institution can suggest a name.

The most famous recent example is ul. Stanisława Lema, named after the absurdist science fiction writer, Stanisław Lem. A major four-lane road providing access to the brand new Krakow Arena, the street was the subject of much humour because, for over three years, it led only to a back garden. 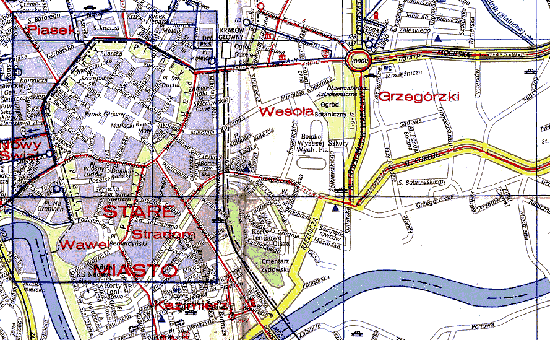 In another October session, Krakow City Council deliberated on the names of three more new streets and one square. The new street joining ul. Sosnowiecka with the Cyclotron Center Bronowice will be named after Professor Marian Miesowicz, a former vice president of PAN and founding member of the department of Nuclear Physics in the Jagiellonian University.

Another new street leading to the International Exhibition and Convention Centre EXPO Krakow will be called ul. Galicyjska, referencing the historical name for this part of Central Europe.

Changes rarely please everybody. A new name implies practical issues, in particular changing the address. Some companies have complained when new streets have been opened, and have sometimes obtained the right to keep their former address for practical reasons.

One thought on “The History of Krakow in its Street Names”