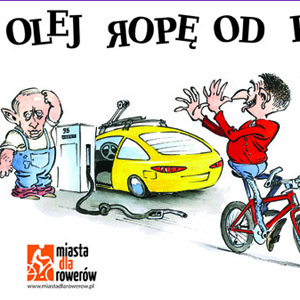 This month, I’m going to be political, ideological, partisan and agitating. The bicycle is a benign device – helpful, simple, silent and humble – but it has an enormous strength: it does not run on oil. I am not going to be green or leftist here, instead I am going to explore a rare political crossroads on a bike. Precisely, on a Ukraina bike.

The Ukraina bicycle was produced for more than two decades in the Soviet Union in the city of Kharkiv – now part of Ukraine. It was a cheap, sturdy, heavyweight sit-up-and-beg clunker – the Soviet equivalent of the Dutch omafiets (or the British Pashley, if you prefer). Unlike in Western Europe, it was used mostly by rural peasants or sovkhoz workers in the countryside, rather than people with or aspiring to urban sophistication. 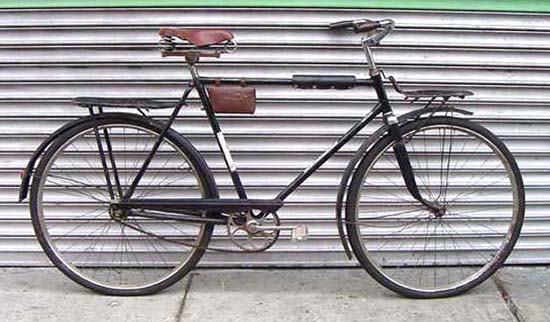 The XB3 Ukraina B-134 roadster

And while the comparison with the Dutch omafiets or the British Pashley is basically justified, Soviet craftsmanship produced more of a Frankenstein strain of the two-wheeled original. In many Central European countries, it’s a symbol of the Russian “gniotsia nie lamiotsia” (“bends but doesn’t break”), none-too-subtle approach to technology. Clumsiness was the natural aura of Soviet industry, as in the ironic “Soviet microchips are the largest microchips in the world” slogan popular in the 1970s and 80s both in the West and the East.

And now it all boils down to oil. Russia annexed Crimea, and we financed the Russian military in large part. We Poles are not big fans of Russian expansionism, but we do love driving our cars, and 90 percent of all the oil consumed in Poland comes from Russia. 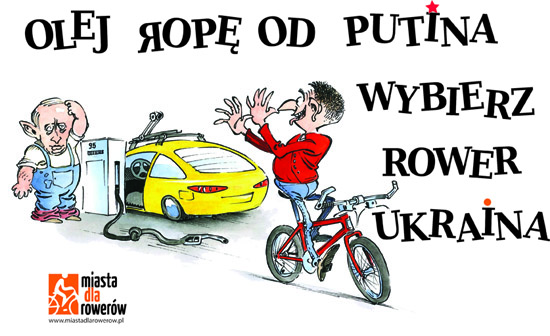 So the answer for conservative, traditionally Russophobic Poles is obvious: “Olej Ropę od Putina, wybierz rower Ukraina” (Give up Putin’s oil, choose a Ukraina bike). The Facebook profile of Miasta Dla Rowerów (Cities For Bicycles) cycling advocacy group posted it first, and had more than half a million hits and 5,000 reposts in a few days.

Yes, you can impose your own sanctions on Mr Putin, stop driving your car and ride your bike instead. And it might as well be an old Ukraina bike.

One thought on “On Two Wheels: Do It Yourself Sanctions Against Putin”