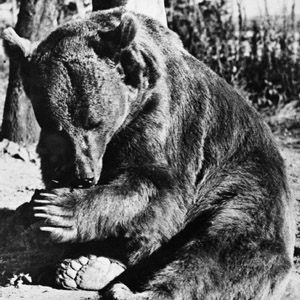 Krakow’s Jordan Park is notable for the plethora of bronze busts of famous Poles that are dotted around its grounds. Included in this outdoor Hall of Fame are some of Poland’s most iconic figures. With any luck, the park’s first non-human icon, Wojtek the Soldier Bear, will soon join this illustrious group.

The statue is designed, the plans approved and the location selected, and with just six weeks to the planned unveiling in May, the necessary funds are almost, but not quite, in place.

In last month’s edition of the Krakow Post, we briefly recounted Wojtek’s story in the article ‘Scots in Poland, Poles in Scotland’. Perhaps you had already come across it before: the abandoned Syrian brown bear cub who became the unlikely companion of a Polish military unit in Iran during World War II, was made an honorary soldier and lived up to his name by helping Polish troops carry munitions during the Battle of Monte Cassino. But, unless you have been living in Krakow for some time, you may not have heard about the campaign for a Wojtek statue in Jordan Park.

The finalised design for the bronze monument, by Wojciech Batko, will stand two-and-a-half metres tall and will fittingly depict Wojtek in an almost human-like pose, standing upright on his hind paws, wearing a soldier’s cap and with a box of ammunition beside him. 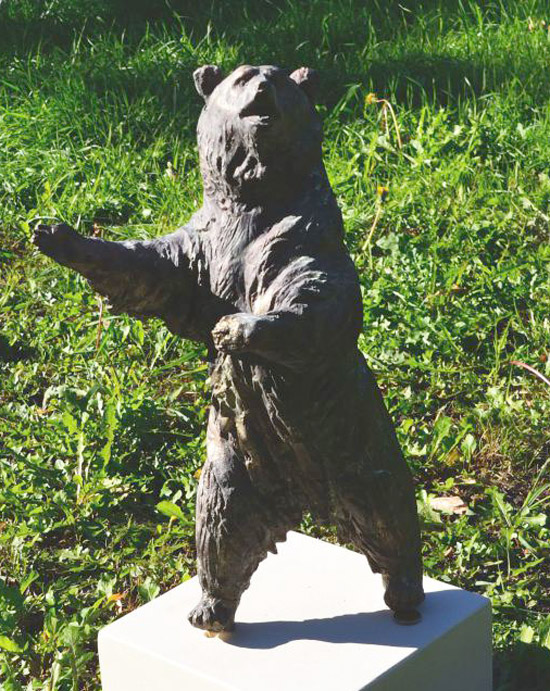 A design for the Wojtek monument, by sculptor Wojciech Batko.

The project began back in 2009, initiated by British businessman Richard Lucas, himself a Krakow resident since 1991. Richard was inspired after hearing about Aileen Orr’s idea to erect a statue of Wojtek in Edinburgh, the city where the bear ended his days in 1963. Her campaign to celebrate and promote Wojtek and his story through speeches, books, events and setting up of the Wojtek Memorial Trust, led Richard to attempt a similar thing in Poland.

Starting out, Richard was surprised to discover that Wojtek and his story were better known in the UK than in Poland, something he wanted to change. Part of this plan was to erect a permanent Wojtek memorial in Krakow. He has been the campaign’s patron ever since and has given talks, interviews and promoted the story of Wojtek across Poland and the world. 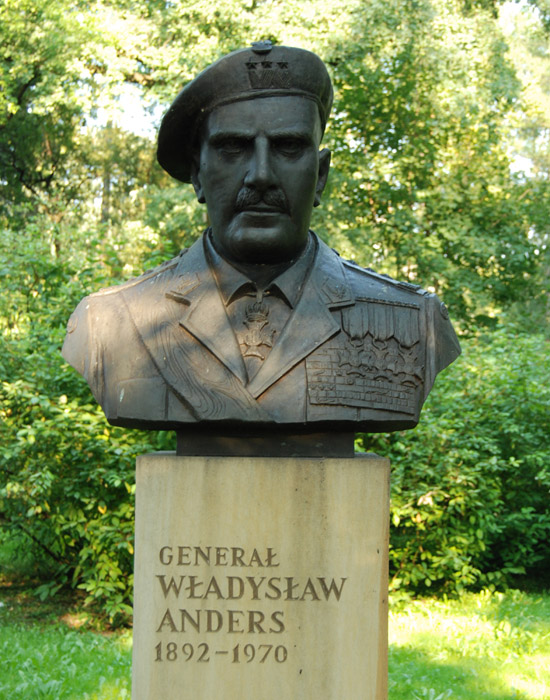 As part of both his fundraising mission for the statue and his desire to spread the word about the bear and Poland’s wartime history, Richard set up a Facebook group (wojtekthesoldierbear), which currently has nearly 2,500 members from across the world.

Richard’s focus has never been solely on the statue itself. His vision has always been to use the Wojtek story to raise awareness of the fate of Poland during World War II, and to promote Wojtek as a symbol of friendship, loyalty, sacrifice, patriotism and the relationship between man and animal.

Richard also recognised that Wojtek could act as a powerful educational tool to teach new generations of children about Poland’s lesser known World War II history – the deportations of people from Eastern Poland to Siberian labour camps by Soviet authorities, the trek made from these camps to Iran, the formation of Anders’ Army and the journey of Polish troops through the Middle East to Italy and on to the UK.

The Krakow Post first interviewed Richard in the early stages of the Wojtek Statue campaign in November 2009. Now, almost five years later, we felt it would be a good time to revisit the project as it nears completion. The unveiling of the statue is scheduled for the symbolic date of May 18, 2014, to coincide with the 70th anniversary of the end of the Battle of Monte Cassino.

Krakow City Council officially approved plans for the statue a year ago, on April 24, 2013. The press conference to publicise the news was led by Professor Wojciech Narębski – the last surviving soldier of Wojtek’s unit. He has been a long time supporter of the statue project, as has British historian Professor Norman Davies, who was also at Krakow’s Town Hall to publicise the monument. Other high profile figures who have come out with words of support for the campaign include Poland’s Minister of Foreign Affairs, Radosław Sikorski and journalist and author, Anne Applebaum.

Since the approval of the statue, the project has been the subject of numerous fundraising campaigns by volunteers in and around Krakow, and 43,000 zł of the target 50,000 zł has been raised so far, largely thanks to very generous donations from local businessman, Andrzej Targosz, and Richard Lucas himself. A final effort to raise the remaining funds will be made on May 3, during the Lekcja Śpiewanie event on the Rynek Główny.

If you want to find our more and give your support, visit: www.pomnikwojtka.pl

4 thoughts on “Statue of Poland’s Soldier Bear in Krakow”