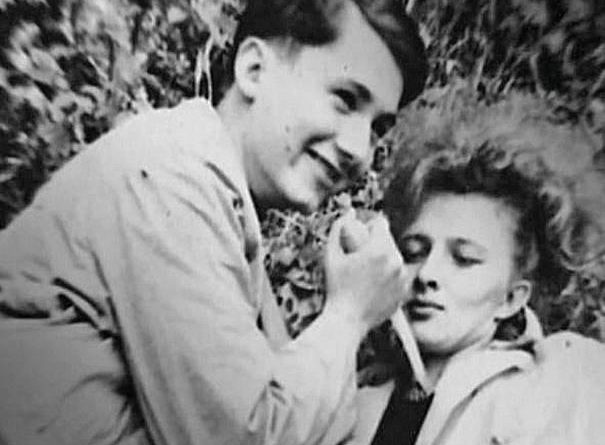 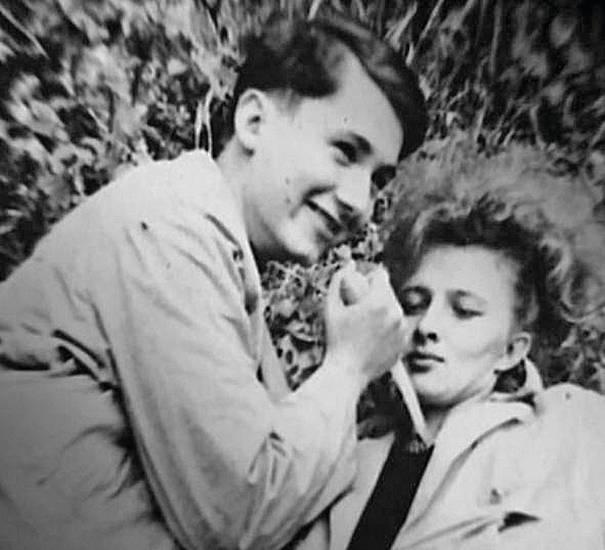 “The Vampire of Krakow”: Karol Kot’s nickname was whispered fearfully through the city the knife-wielding serial killer stalked. He was menacing up until the final interview before he was hanged in 1968, declining to give a message to those he had attacked or their families: “Soon, where I’m going, I’ll meet with my victims,” he predicted, “and we can speak. Here on Earth, I have no one to talk to.”

Perhaps the strangest part, though, is that he was just 21.

In a way, the story of Kot’s spree of violence, which had begun four years prior in the autumn of 1964, reads like a grotesque twist on the tragicomic exploits of any awkward and overzealous teenager. His first attempt at murder was unsuccessful. He had planned to wait in a church for an elderly parishioner, knife concealed in hand. “How annoying,” he later recalled. “No one showed up.”

It was only as he was leaving, frustrated, that he chanced upon his first victim, 48-year-old Helena W. He stabbed her several times in the back and fled – by his own account licking the blood from the blade. She survived, as did his second victim. He finally succeeded with his third victim, another elderly churchgoer.

Karol was only 17 then, but he had spent nearly his whole life preparing. As a child, bored on a family trip to Pcim, he wandered into a local slaughter house, where they allowed him to assist in the killing and watched in bemusement as he drank the warm blood from a cup. He then began abusing the family cat, as well as slaughtering frogs, chickens, crows, moles, and calves for fun. It was an escape from the taunts of his peers, who called him “Lolo”, “informant”, “Al Capone”, “pyro”, and “sex maniac” (for his habit of groping female classmates).

Years later, he turned his eye toward bigger targets. He collected medical textbooks and studied human anatomy. “Did you know,” he casually asked his last interviewer, “that the easiest way to the heart is through the back?”

He was an avid student of history’s darker chapters as well. Visiting Auschwitz as a boy, he was, in his own words, “amazed by the organization and the idea of a concentration camp,” professing a desire to have been born earlier so that he could have commanded one.

His studies in the macabre were not limited to the theoretical. Dreaming of enlisting in the army, he learned knife throwing and karate, and he was the star of the local shooting club. The coach even invited Kot to his house and instructed his son to “be like Karol.”

“When I read the file of the investigation,” Kot said later, “and saw a letter from the coach to the Ministry of Justice in which he protested against my arrest, I laughed sincerely… He didn’t know that his son was on my execution list.”

Kot experimented with a variety of other methods as well, including with fire and poison. He frequented popular pubs on the weekend and left out drinks laced with lethal doses of arsenic, hoping someone would take the bait. No one did. Unsuccessful, too, was a similar attempt to tempt a girl he fancied with a poisoned bottle of beer left at her door.

But Kot’s real passion was for the blade – for blood.

He found his next victim in the February snows at Kościuszko Mound: an 11-year-old boy competing in a toboggan contest. Court experts later testified that the wounds inflicted on the small corpse far exceeded those necessary to kill.

Terror of the “vampire” killer spread across Krakow, with some people even sleeping with boards beneath their shirts to protect against knives.

Kot was ecstatic, showing a friend a copy of the news report and saying he would make it his wallpaper. Yet no one took him seriously, and his parents never suspected a thing. In fact, he got a secret thrill from sitting at the dinner table, by his own admission an unremarkable boy, as his father clucked and remarked, “Only a bastard could commit such heinous acts.” 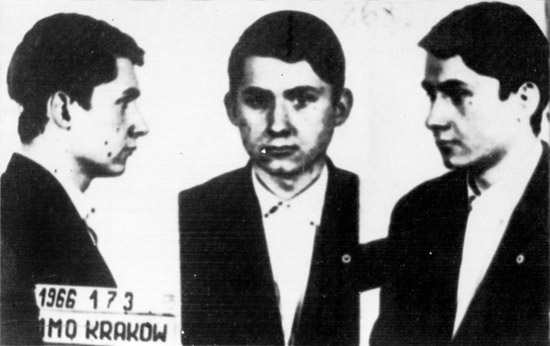 Karol Kot after his arrest in 1966

The person Kot confided in the most – and who he would later say he pitied most – was an older art student, Danuta W., who he called his girlfriend (though it’s unclear if the feeling was mutual). He confessed his lust for blood to her and once even held a knife to her throat “to see the insane fear in her eyes,” but she dismissed it as a tasteless joke.

It was only when he revealed the shards of glass in his pockets, which he had planned to dice her with and plant on her to make it look like suicide, that she became concerned. She convinced him to go to a doctor, who sent him home with vitamins.

Yet she refused to go to the police until Kot told her of his final murder attempt: on an 8-year-old girl on her way mail a letter. He stabbed the girl eight times in the back and stomach. Astonishingly, she escaped and survived. Kot was swiftly arrested and charged with two murders, ten attempted murders, and four arsons.

He underwent a battery of psychological tests. The prosecutors amassed 8,000 pages of evidence in 18 volumes. Survivors screamed at him in court, calling him a beast. He was allowed was to take his Matura exam, but only so that he would be unable to convincingly plead insanity. Reporters noted his “sunny disposition” at the trial, and he was warned several times by the judge to take the proceedings seriously. Nearly a year after his arrest, in July 1967, he was sentenced to death.

Reflecting on his crimes while awaiting his sentence, Kot showed little remorse. Evil men, he said, were drunkards and those who consorted with prostitutes – in his eyes, he was “only a murderer.” “Suffering is beauty,” he said, “and inflicting pain and suffering on someone is a work of art. Not everyone can do it.” He even wondered if he might be set loose to remove “undesirable people” as a service to society.

Contemplating his fate, he said only, “The pleasure I felt when the knife was cleaving the meat… It’s impossible to describe the feeling. The experience is worth the gallows.” The authorities took him at his word and hanged him on May 16, 1968.

Today, the city that once lived in fear of a “vampire” remembers Karol Kot as a minor celebrity more than anything. You can enjoy arsenic-free beer for 5 zł on the Rynek at the Kotkarola pub, whose mascot is a grinning cartoon cat nestled up to Edgar Allan Poe. The “Macabre Krakow” free walking tour advertises the legend for customers over 18.

It’s easy to forget that Karol was a real teenager who wanted girls to like him and who, in the end, lamented that his life was “heavy, dull, and colourless.” And a real killer who, instead of posters, pasted articles on his wall like the one you’re reading right now.