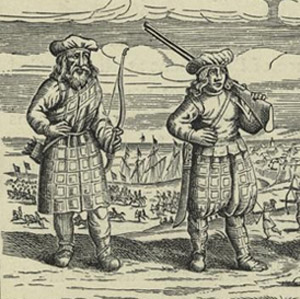 In just six months, the people of Scotland will vote in an historic referendum that could result in their country regaining independence after more than 300 years. A history of occupation over the past two centuries has given the Poles a profound sympathy with those fighting for freedom and independence, but the links between Poland and Scotland go far deeper than romantic sentiment.

One of the greatest figures in Scottish history, Charles Edward Stuart, better known as Bonnie Prince Charlie, who led an ill-fated attempt to regain the British throne for his family in 1745, was half Polish. His mother was Maria Klementyna Sobieska, the granddaughter of Polish King Jan III Sobieski. But the blood-ties between Scots and Poles are far more extensive than this royal link. A long history of Scottish migration to Poland, starting in the 15th century, means the country boasts several villages and districts named Nowa Szkocja or Szkocja (New Scotland), and Polonised Scottish surnames are surprisingly common – MacLeod became Machlejd, for example.

Scottish merchants and craftsmen began arriving in Poland in the 15th century. They were welcomed and encouraged to trade in Poland and the religious tolerance of the Polish-Lithuanian Commonwealth made Poland an attractive place for Scots of many denominations to establish themselves. 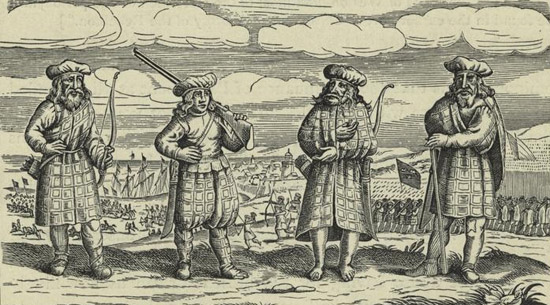 Scottish mercenaries fought on both sides during the Polish–Swedish Wars of the 17th century.

By the 17th century, it is estimated that there were at least 30,000 Scots living in Poland. Krakow was one of the main cities in which they settled, and in 1576, the Scottish community in Krakow was large enough that Poland’s King Stefan Batory, assigned a district of the city for them to settle in. Seventeenth century city records include many references to Scots becoming citizens, such as this one: “John Burnet, a Scot, producing birthbrieve dated Aberdeen, in Scotland, 29th July 1603, was admitted citizen of Krakow on taking the oath, and paid 10 Polish florins, a gun, and half a stone (lapis) of gunpowder.”

Many Scots prospered in Poland and some managed to rise through the ranks to notable positions. Under King Stefan Batory, Scottish merchants became suppliers to the royal court in Krakow and one Scot, Alexander Chalmers (known as Alexander Czamer) became Mayor of Warsaw four times between 1691 and 1702. A plaque commemorating him can today be found in Warsaw’s Old Town at his former home.

Centuries later, Polish-Scottish links were refreshed when Polish forces found themselves in exile on Scottish soil during World War II. In 1940, after the fall of Poland to the Nazis, the Polish army was forced to regroup. In agreement with the Polish government in exile, many soldiers were sent to eastern seaboard towns in Scotland where they were entrusted with helping to defend the Scottish coastline from possible invasion. It is estimated that around 38,000 Polish soldiers arrived in Scotland between1940 and 1944, and many choose to stay after the war rather than return to a Soviet-occupied Poland.

One of these soldiers was Cracovian Jan Tomasik, who was stationed near Barony Castle in Peeblesshire during the war. Many years later, he bought the place, opened a hotel, and embarked on an extraordinary tribute to his adopted country – a giant, three-dimensional map of Scotland moulded from concrete. Known as The Great Polish Map of Scotland it measures 50 metres by 40 metres and is the largest sculpture of its kind in the world. Work on the map began in 1974 after Tomasik approached Professor Mieczysław Klimaszewski at Krakow’s Jagiellonian University with his idea. Design and construction was led by another Cracovian geographer, Kazimierz Trafas, and volunteers from the Jagiellonian University who came to Scotland over six summers to complete the map. 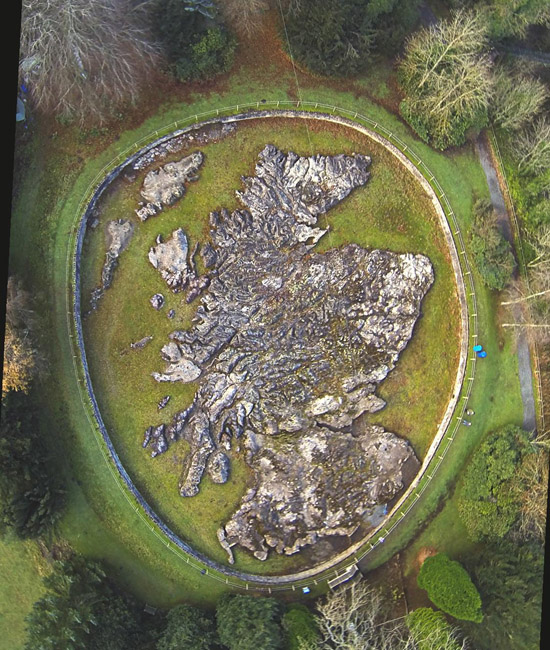 The Great Map of Scotland prior to restoration. Photo: www.mapascotland.org

Forty years later, and with another flourishing of Polish-Scottish relations underway thanks to the migration of many young Poles to the UK, the Great Polish Map of Scotland has been ‘rediscovered’ and a group called Mapa Scotland are now engaged in a major restoration project (www.mapascotland.org).

The Scots’ hospitality to the Poles during World War II was notable. It was noticed that among the Polish soldiers arriving on Scottish shores from 1940, many were doctors, professors and students of medicine. Poland’s universities were being destroyed by the Nazis and its intellectual elite sent to concentration camps at the time. Edinburgh University decided to step in to help Polish soldiers continue their studies, and so the Polish School of Medicine at the University was born. The faculty operated from 1941 to 1949 and was the only official Polish institution of higher education in the world during the war years.

The story of Wojtek the soldier bear provides another link between Poland and Scotland. A 230-kilo Syrian Brown Bear, Wojtek became the mascot of Polish military units in Iran during 1942, and was officially drafted into Polish II Corps as a corporal in order to secure him passage on a British troop ship bound for the Italian campaign. Beloved by his human comrades in arms, Wojtek learned to drink beer, smoke cigarettes and tote artillery shells in combat – a role he performed during the Battle of Monte Cassino.

And the Scottish connection? After the war, part of Wojtek’s unit was demobbed there. Wojtek became a local celebrity in his new home of Hutton in Berwickshire, but in 1947 he was re-homed to Edinburgh Zoo where he lived until his death in 1963, regularly visited by Polish veterans. Statues commemorating the warrior bear have been approved for Edinburgh’s Princes Street Gardens and Krakow’s Jordan Park. It is hoped that the Edinburgh monument will be unveiled on May 18, 2014 – the 70th anniversary of the end of the Battle of Monte Cassino. Funds are currently being raised for the statues in both cities.

In recent times, the connection between Krakow and Scotland has remained strong. Krakow has been twinned with Scotland’s historic capital, Edinburgh, since 1995 – a partnership that has yielded benefits to both cities, including closer cooperation between the University of Edinburgh and Krakow’s Jagiellonian University. The Polish presence at Edinburgh’s famed Fringe Festival grows every year and Scottish culture is evident in Krakow, especially around the time of Burns Day and St. Andrew’s Day.

For more information on these and other Polish-Scottish Connections visit www.polishscottishheritage.co.uk

49 thoughts on “Scots in Poland, Poles in Scotland”