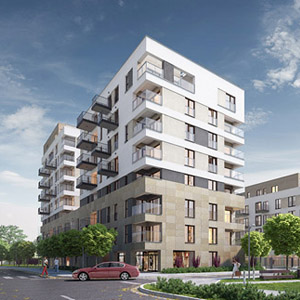 The Polish housing market boomed between 2004 and 2007 but slumped for the following 6 years, with a much weaker sales volumes leading to falling prices. Last year saw the green shoots of an improvement with the volume of residential sales in Q4 2013 the highest since Q1 2007. Over this property cycle, prices have receded to levels seen back in 2005, but now appear to have bottomed out. The prognosis is for prices to begin rising again, slowly, in 2014.

The number of apartments sold throughout Poland in 2013 grew by almost 20% (to over 35,000) compared to 2012 (less than 30,000) and was on a par with the historic high reached during the boom year of 2007. This volume of sales, twinned with diminished new supply, meant that the total number of units available for sale on the market by the end of 2013 had decreased notably. Price levels remained stable across the principal cities in Poland, including Krakow. Warsaw even saw the start of an upward trend in 2013 noting an increase over the year of 4%.

The macro-economic outlook for the region is positive, with almost all national economies in CEE forecast to grow in 2014. A variety of socio-economic changes, such as increasing personal wealth, greater mobility and higher divorce rates are leading to a growing number of households in Poland, while migration to some major cities, most significantly Warsaw but also secondary cities including Krakow, is also perpetuating a demand for residential stock. 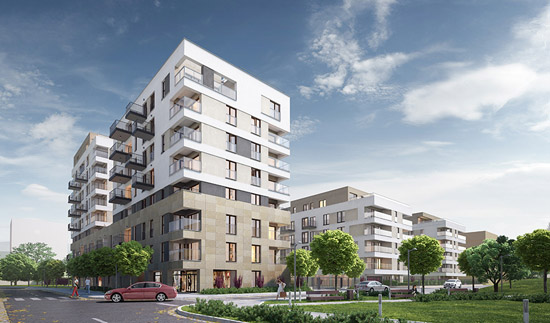 Real estate as an investment has also returned to the fore. At the end of the boom years, it made little sense to buy property in Krakow – prices were high and destined to fall while rental yields had fallen so much (in some cases, below 3%) that it was wiser to keep cash in a bank savings account. Fast-forward 6 or 7 years and Polish interest rates are at an all-time low, making it hard to achieve 3% from a bank, while lower capital values of real estate and slightly increased rents mean that residential rental yields of over 5% are once again feasible. Factor in the potential for slow but steady capital growth of 3% – 4% per year and total returns may even be closer to 10%.

Several external factors may also affect the Polish residential market in 2014. A government sponsored programme ‘Apartments for Youth’ that started in January 2014 (replacing the ‘Families on their Own’ programme) will aid families to get on the ladder by subsidising their purchases, and will therefore help sales at the cheaper end of the market. The start of the year also spelled the end for 100% LTV mortgages (following the almost total disappearance of the maligned foreign currency mortgages) although 95% mortgages are still available. The stimulus of the government scheme may be snuffed out by these slightly harsher mortgage restrictions.

The elephant in the room is the formation of the BGK fund (also Polish government related), which has set aside 5 bln PLN to buy up 20,000 apartments over the coming years in all major cities. It is yet to be divulged where the fund will focus, but it is likely that Warsaw will be a main target, although there will be a geographical spread across all major cities. It is also probable that the fund will focus on cheaper apartments and may even start buying property before the end of 2014. The fund will hold the apartments and, therefore, become one of Poland’s largest landlords, renting them out to individuals at (or just below) market rates. One potential effect of the fund’s activities may be to upset the residential property apple-cart by exaggerating an unnatural demand at the same time as depressing rents at the bottom of the market.

After the trials and tribulations of the last 7 years, it can only be hoped that the fund will deploy their funds sensibly and not prevent the market from following its natural cycle.