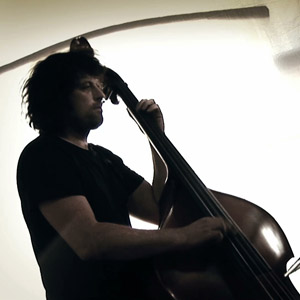 Filip Dzierżawski’s biopic about Polish supergroup Miłość was born out of a jazz-like improvisation. Miłość are known as the kings of ‘yass’ – a potpourri of jazz, punk rock, and folk that emerged as a distinctive style in Gdańsk and Bydgoszcz at the beginning of the 1980s.

Originally intended to be a reassuring and conventional video compilation of unreleased footage from the band’s session with American trumpet guru Lester Bowie, Miłość abruptly evolved into something else. The filmmaker became emotionally absorbed by the artistically tormented activity of the band in the 1990s to such an extent that the project grew in a totally different direction.

His friendship with band leader Tymon Tymański allowed him to investigate the band’s past from up close. Dzierżawski, indeed, abruptly shifted the focus of his film from musical performance to the fluctuating relationships between five hot-headed musicians, each of them overflowing with personality.

A lack of high quality video material from the ensemble’s early years has been compensated for with simple snapshots of the band. The film occasionally resembles a talking photo album, enhancing the intimacy of this unorthodox video portrait of a band that covers their story right up to their reunion in 2009. Miłość won the main prize at the Krakow Film Festival this year.