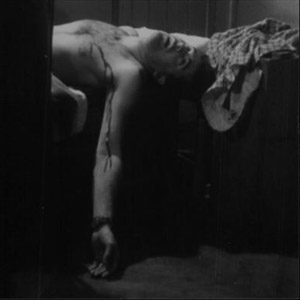 Morderstwo (A Murderer) accidentally became Roman Polański’s debut as a director simply because his beloved autobiographical short feature Rower (Bicycle) hadn’t been returned to him in its entirety from the Łódź film laboratory.

Perhaps in response to this initial disappointment, he took a more detached approach in his second attempt at filmmaking. Described by Polański as a “technical exercise,” his first completed film at the State Film School still contains some essential characteristics of the great director’s style. Made in just three shots, the movie portrays the clinical murder of a sleeping man.

This very short feature confirms that the Polish-born cinéaste has always preferred to put the public in front of the terror instead of letting them fantasise about what is happening off screen. Moreover, Polański refuses to provide any explanation for the murder, committed by a mysterious figure dressed in a trench coat. When violence is portrayed as meaningless, even a minute and half is more than enough to make viewers shiver.