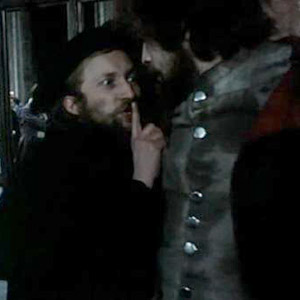 Andrzej Żuławski’s second feature was literally a point of no return for the filmmaker, who was subsequently “emigrated” from his homeland, as he likes to say.

Compared to his debut feature, Diabeł is an even more radical departure from the Polish cinéma de papa. The warlike location is a mere adornment of groundless violence, which is not even tempered by the dreaminess and fantasia he used in The Third Part of the Night (1971).

Set during the Second Partition of the Polish–Lithuanian Commonwealth, the gory tale revolves around the descent into madness of Jakub (Leszek Teleszyński), a vaguely lycanthropic aristocrat who is freed by a mysterious and demonic figure after unsuccessfully conspiring against the Polish crown during the Prussian invasion. The ‘Devil’ (Wojciech Pszoniak) eventually convinces Jakub to commit a bloodbath against his family.

Considered, rightly or wrongly, as a symbolic figuration of the student protests of March 1968, the director seems to have etched the Poles’ resentment toward Moczar’s repression on the convulsing bodies of the victims in this outrageous, hidden classic. Banned for years, the film was finally released in Poland in 1988.