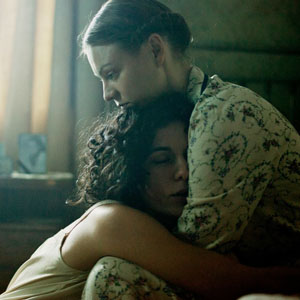 The film recounts the traumatic bonding between Janina (Magdalena Boczarska), a bourgeois girl from Radom, and Jewish ballerina Ester (Julia Pogrebińska). Janina’s father hides Ester under the floor of his apartment. The two girls, separated by a trap door, eventually form a relationship. When Janina kills her Nazi-collaborator neighbour, Mirski (Jacek Braciak), to protect her hidden guest, the bond of complicity between the girls ignites their libido.