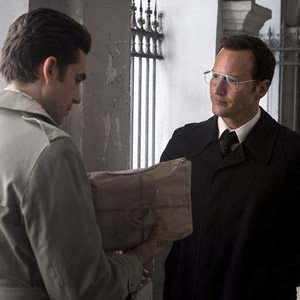 Despite a penchant for heated dramas set during wartime, Polish cinema has rarely taken the opportunity to deal with the Cold War. After a laborious production process that took five years, including filming in Washington D.C., Władysław Pasikowski has finally addressed that gap with a political thriller about the controversial figure of Ryszard Kukliński.

During the 1970s, Colonel Kukliński of the Polish People’s Army transcribed and passed stacks of secret information about Soviet military strategy to the CIA, who gave him the codename Jack Strong. The movie follows Strong’s tense adventures, which culminate in an intrepid evacuation of the colonel and his family from Warsaw by US operatives.

Marcin Dorociński is indisputably perfect for the role of Strong, who was once described by the White House as: “the first Polish officer in NATO.” Once more, Pasikowski shows his distinctive ability to forge absorbing action movies capable of raising ethical issues around obscure episodes in Poland’s history. Should Kukliński be regarded as a Polish patriot, or simply a traitor?

Jack Strong has the feel of a vintage spy movie, garnished with antiquated spy gadgets, and brings to mind Ben Affleck’s big hit, Argo. The low-speed car chase in the snow with Communist-era vehicles is a small pearl of cinematic craft.