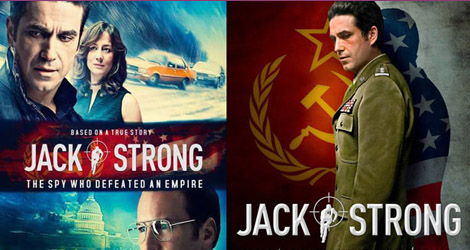 A commemorative bust of former Polish People’s Army colonel and NATO spy, Ryszard Kukliński was vandalised during the night of 13–14 February.
The vandals, who have not been identified, daubed grease or paint over the inscription on the bust’s pedestal.

Kukliński is a controversial figure in Poland, and this is the third time his bust in Krakow’s Jordan Park has been defaced.

Between 1971 and 1981, while serving in the Polish Army, Kukliński delivered up to 40,000 pages of secret Soviet and Polish documents to the US Central Intelligence Agency.

He escaped Poland, with the help of US secret services, in 1981 and lived in the US until his death in 2004.

Many Poles regard Kukliński as a hero of resistance to the Soviet Union’s occupation of Poland. Some, however, regard his actions as treason – regardless of the circumstances at the time.

Previous attacks on Kukliński’s bust occurred in December 2011 and February 2012 – the latter on the anniversary of his death. In one attack, vandals scrawled ‘traitor’ on the pedestal.

This latest defacement coincides with the tenth anniversary of Kukliński’s death, and the release of a Polish-language film about his life, Jack Strong (Kukliński’s CIA codename).

It also coincides, almost to the day, with last year’s attack on another commemorative bust in Jordan Park – that of World War II anti-Communist underground fighter Danuta Siedzikówna.