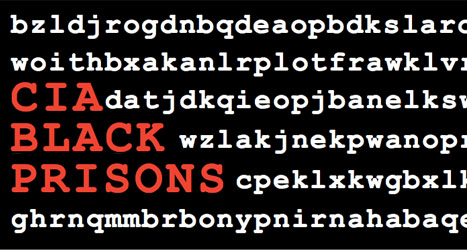 Poland’s criminal investigation into secret CIA prisons located on its territory has been in progress since 2008. Now run from the Prosecutor’s Office in Krakow, the process has recently been extended, once again, to February 2014.

In the meantime, Palestinian Abu Zubaydah, and Saudi Arabian national Abd al-Rahim al-Nashiri, are expecting a ruling from the European Court of Human Rights (ECHR) over allegations that Polish authorities were complicit in multiple violations of their human rights while they were detained in Stare Kiejkuty.

Both men are still considered high-value detainees and are currently held under ultra-secure conditions in a Guantanamo Bay Detention Camp, making communication with the applicants, legal or otherwise, almost impossible.

In October 2013, a third man held at the CIA black site in Poland, Yemeni national Walid Mohammed Bin Attash, was granted ‘injured person’ status by the Polish authorities, as have the two other alleged terrorists who have brought their cases to Strasbourg under the European Convention on Human Rights. 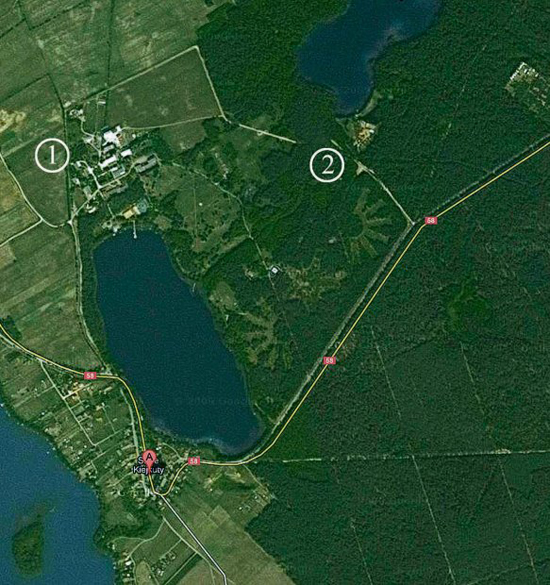 The Polish military base at  Stare Kiejkuty. 1 – Main base. 2 – Area in which the CIA-funded facility is believed to have been sited.

Lithuania and Romania also have cases pending against them before the ECHR for participating in the CIA rendition and secret detention program during the administration of US president George W Bush. So far, Poland is the only country in Europe running a domestic criminal investigation into the matter.

The publication of the conclusions of this investigation have been postponed a number of times, and remain pending. The investigation was initially run from the Prosecutor’s Office in Warsaw, but in May 2012, one of the two main prosecutors, Jerzy Mierzewski, was removed from the case, and the process was reassigned to Krakow. There was no official explanation for this reassignment.

A US diplomatic dispatch (Number 4030) published in part by Wikileaks just before the first visit of Poland’s former Minister of Foreign Affairs, Stefan Meller, to the United States in January 2006, has provided evidence of Washington’s concerns over the matter: “The ‘CIA prisons’ issue will continue to dog the Polish government, despite our and the Poles’ best efforts to put this story to rest.”

A second, leaked US diplomatic dispatch (Number 4037) about a meeting between Robert Deutsch, then US Deputy Iraq Coordinator, with Polish politicians, which occurred one month earlier in Warsaw, reported that, according to former Minister of Defence and Democratic Left Alliance (SLD) deputy Jerzy Szmajdziński, the CIA prisons scandal had dented the GOP’s credibility at home.

A spokesperson for the Helsinki Foundation for Human Rights, Małgorzata Szuleka, explained to the Krakow Post: “If the Polish intelligence provides the prosecutor with all the documentation related to the detention program and their co-operation with the CIA, US support might not be essential in order to bring solid charges.”

Since the scope of the current Polish investigation has not been revealed, it is hard to predict if the Prosecutor’s Office in Krakow will be willing to pursue the CIA agents involved in operating the secret prison in Poland’s Masuria region. When Germany and Italy were asked to decide on similar issues, they opted not to make extradition requests to the United States.

During a recent visit to Poland, the UN High Commissioner for Human Rights, Navi Pillay, also raised concerns about the matter. Poland’s Ombudsman (head of the country’s human rights institution), Irena Lipowicz, has also expressed her perturbations to the authorities throughout the duration of the five-year investigation. “The answer we received from the Attorney General cannot be disclosed to the public,” she told the Krakow Post.

The number of cases brought to the ECHR has been increasing. In August 2012, the application filed before the court on behalf of al-Nashiri was communicated to the Romanian government, whereas Abu Zubaydah’s case against Vilnius has also been investigated by the ECHR.

Mariusz Paplaczy, who is representing Bin Attash, has now been allowed to access the prosecutor’s case files in Krakow, and reported to Amnesty International: “This is a breakthrough. Information about granting ‘injured person’ status in the Polish investigation is extremely important to my client.”

Cooperation between the Polish authorities and the ECHR has been tentative. The ECHR explained that Poland asked in vain for the hearing into allegations from Abu Zubaydah and al-Nashiri to take place behind closed doors.

For the recent hearing in Strasbourg on December 2, 2013, a spokesperson for Poland’s Ministry of Foreign Affairs explained to the Krakow Post: “The Polish government drafted a 21-page report for the ECHR under the condition it would remain confidential to protect the information contained therein.”

The ECHR was to be allowed to read the document, but not to keep a copy or make notes. The ECHR declined these conditions. “We also offered the court the opportunity to consult the report through the Permanent Representation of Poland to the Council of Europe. But the ECHR did not take that opportunity,” the spokesperson added.

Amrit Singh, of the Open Society Justice Initiative, commented that: “It is inaccurate to suggest that the court has not agreed to become acquainted with the investigation. The ECHR repeatedly gave the Polish government ample opportunity to submit relevant information to both the court and the applicant’s counsel.”

“It is significant that the ECHR was the first court to conduct a public hearing on al-Nashiri’s claims of torture and secret detention. The Polish authorities have failed to conduct an effective investigation, and US courts have also failed to deliver justice to date”, added Singh, who also represented al-Nashiri in Strasbourg.

The existence of CIA detention facilities in Europe has become an open secret, but local governments have tried to bury their heads in the sand and deflect media attention. For example, despite a Lithuanian parliamentary inquiry confirming the existence of two secret prisons close to Vilnius, the country’s Prosecutor’s Office eventually found no evidence that any interrogations were conducted there.

In December 2012, Macedonia was ordered by the ECHR to pay 60,000 EUR to El-Masri, a German citizen detained in Skopje by the local intelligence services and then transferred to the CIA. If the ECHR finds multiple violations of the European Convention, the court could oblige Poland to pay compensation to both Abu Zubaydah and al-Nashiri.