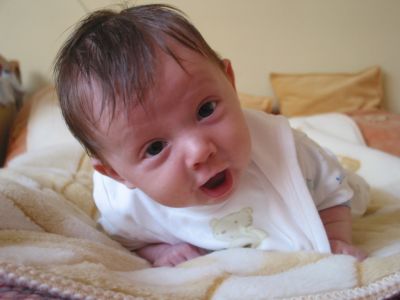 Polish women living near the German border are flocking to German hospitals to give birth because the deliveries don’t cost them anything, they can choose the birth method, they apparently think they get better care there, and the German facilities are more modern. The trend is causing a problem between Germany and Poland because German hospitals are demanding payments from the Polish government for their delivery services. Some Polish doctors contend that Poland’s delivery services are on a par with Germany’s, although they concede Germany’s hospital accommodations are better.

But some Polish doctors encourage women to go to Germany. Every third newborn in the hospital in Schwedt, a German city 50 kilometres from the Polish border city of Szczecin, is Polish, according to the daily newspaper Gazeta Wyborcza. Polish-speaking doctors and translators make the mothers feel right at home. A delivery in Schwedt costs 1,500 to 3,000 euro, depending on method of delivery and other factors. With hundreds of Polish women giving birth in Schwedt, the hospital there has demanded 250,000 euro reimbursement from Poland’s National Health Fund.

Officials at the health fund office in Szczecin have rejected the request and have threatened to take legal action against women who go to Germany to give birth. Theoretically, the Schwedt hospital should admit a pregnant Polish woman only when there is urgent need – for example, when a woman goes into labor prematurely. But National Health Fund officials say many Polish women don’t cross into Germany until they begin going into labor. An emergency labor situation means “one month before the due date, not one or two days,” said health fund spokeswoman Malgorzata Koszur in Szczecin. Thus what they are doing “is fraud,” she said.

She vowed that the health fund will begin checking the circumstances of each birth of a Polish child in a German hospital. If it determines that a Polish woman went to Germany specifically to give birth, it will consider seeking legal punishment against her, Koscur implied. Many “Polish women plan in advance that they will give birth in Schwedt,” Koszur said. “Before they go, they arrange everything.” Doctors from both Szczecin and Schwedt encourage them to do so, she added. Doctors in Schwedt defend the women’s decision. “A pregnancy is a special” situation, and a woman should not have the smallest doubt about the quality of birth services, said Dr. Wlodimierz Grobelny of the Schwedt hospital.

“We help people who need such help the best we can,” said hospital director Michael Juergensen. “Shall we leave women in labor on the hospital door?” he asked.

He vowed that the hospital will continue delivering Polish babies. “It’s our duty as a hospital, “he said. But many doctors in Szczecin say standards in Polish hospitals are similar to those in German ones. “The Polish hospitals aren’t equipped as well as Western ones because we don’t have enough money for that,” Dr. Jacek Rudnicki of the Pomeranian Medical Academy in Szczecin told the daily newspaper Metro. But he said “we try to do everything to satisfy our patients.” “Giving birth on the other side of the border is a choice,” Rudnicki said. “If a woman prefers to give birth there, we won’t try to stop her.”

One reason pregnant Polish women go to Germany is the modern and more private accommodations in German hospitals. A woman in labor has a room to herself. After a birth, a woman shares a room with only one other women. Both have television sets and phones beside their beds. More importantly, a woman giving birth in Germany can choose the birth method. Rather than enduring the pain of labor, a woman can choose giving birth under anesthetic. She can also choose a Caesarian-section birth, even if there is no medical need for it. And in some German hospitals she can give birth in water.

One thought on “Polish Women Giving Birth in Germany”