After what seems like a drought of public investment in the recent ‘crisis’ years, 2014 will see the fruition of a deluge of such projects in and around Krakow.

At long last, the A4 motorway, which has provided such good access from Krakow to Katowice, Wrocław and beyond to the West, is nearly complete to Rzeszów in the East. Once finished, access to Ukraine from Krakow will be hugely improved and will surely facilitate more trade and tourism with our Eastern neighbour.

Large stretches of the road were initially built as a Reichsautobahn by Hitler in the 1930s, before Germany and Poland’s borders were redrawn. Much later, it was hoped that the entire project (672 km in total) would be finished in time for the Euro 2012 football championships, but it now looks as though the end of 2014 will at last see completion. This will mean a fast road link from Krakow to both the German and Ukrainian borders.

The infrastructure improvements do not stop once you arrive in Krakow – there are plenty of works being carried out on major internal roads and major tram routes in the city itself. The end of 2014 should bring the complete modernisation of the tramline running between Rondo Mogilskie and Rondo Czyżyńskie, theoretically allowing the so-called fast tram to operate on that route, one of the city’s most important arteries.

The city centre will shortly welcome the end of renovations to the underground parts of Krakow Główny train station. Works have been delayed for almost two years, largely due to the bankruptcy of the first general contractor, but passengers will be able to use the new underground ticket-offices and waiting rooms by this spring.

It remains to be seen exactly how the over ground parts of the train station will be re-used in the future, but it is expected they will have a leisure or retail function that will complement the Galeria Krakowska shopping centre next-door.

One of the most anticipated public projects in Krakow is the ICE Congress Centre. Now under construction opposite Wawel Castle, it is perhaps also the most visible of all of the projects to be delivered in 2014. Over 2,000 people will be able to sit in the main auditorium (one of three) and there are already expressions of interest from conference organisers wanting to use the space for several years after the expected opening in September 2014. 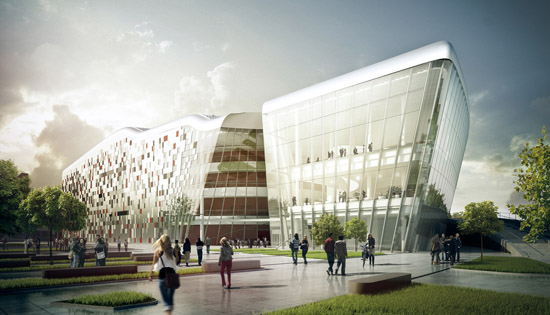 This does come at a cost, of course. The construction budget has reached almost 400 mln PLN and even though around 20 percent of this is being covered by the EU, the ongoing costs of running the building will need to be met by the city, and are expected to reach around 10 mln PLN per year.

Krakow’s new sports arena in Czyżyny is just as costly, but it will accommodate as many as 18,000 spectators after the grand opening, slated for April 2014. The arena will be able to host international sports fixtures such as hockey, ice-skating and boxing as well as large-scale concerts and exhibitions. Whilst the location is very well-served by public transport, provisions have also been made for those travelling there by private car as the development also features two levels of underground parking allowing over 1,300 vehicles at any one time. 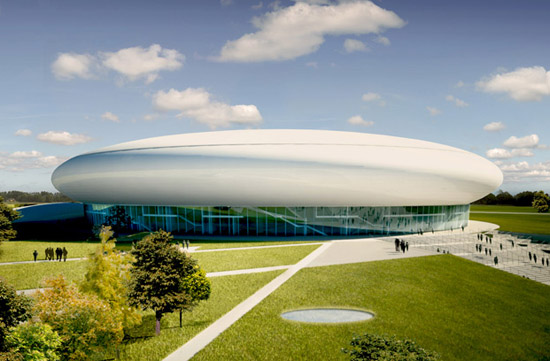 The Krakow Arena, currently under construction in Czyżyny

Parking and traffic, of course, are important topics when it comes to the development of Krakow, and there are several underground parking projects mooted for the city centre – the most likely of which to be realised in the short term is the underground car park next to the National Museum on Aleja 3 Maja, next to Blonia. This is also supposed to be delivered in 2014, as is the implementation of a one-way road system operating around part of Planty – all with a view to improving the lot of the city centre car driver.