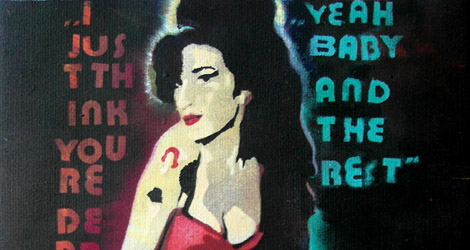 American choreographer and Renaissance woman, Twyla Tharp, once said: “Art is the only way to run away without leaving home.” For Olympia Maciejewska, the quote could not be more appropriate – she has opened the latest incarnation of the Olympia Gallery in her own house.

Strikingly handsome and effortlessly stylish, Olympia gives the impression of having stepped directly from a Fellini film onto the mundane streets of modern Krakow. Ably assisted by her husband, Fred Gijbels (universally known about town as Pan Fred), Olympia has been running her gallery of contemporary Polish art for 15 years now – you’d be hard pressed to find anyone who knows more about the Krakow art scene, or contemporary Polish art. 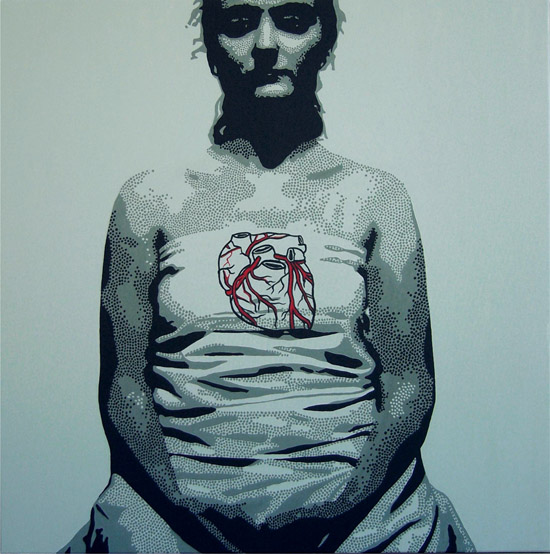 Disheartened by what they saw as the downgrading of Kazimierz into a mass tourism destination, Olympia and Fred took the art they love across the river and home to their splendidly dilapidated apartment building in Podgórze. Then, they threw open the doors and invited customers and art lovers in. “People sometimes find art galleries intimidating,” said Olympia, “Here, you can see the art as it should experienced – art at home.”

This is not the first time the couple’s rambling apartment on the third floor has become one of the hubs of Krakow’s Bohemian scene. For two years, they have organised informal film evenings here, often hosting leading directors in European cinema. Pan Fred, a Dutchman and former diplomat who oscillates between twinkling charm and acerbic jabs, has been a feature of Krakow almost as long as god. It was, therefore, only natural that these modern-day salons should be called Kino Pana Freda. 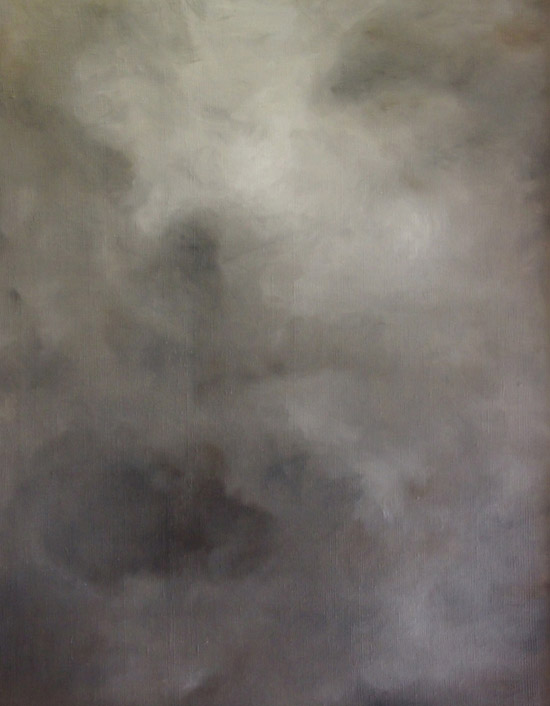 Inside Olympia Gallery, a vast room with a ceiling high enough to have its own weather system, the works from the latest exhibition are scattered about among ordinary household furniture, random mannequins with ammeters instead of heads and the leftover tea things of the guests just before you. It’s hard to concentrate on anything else when talking to Madame Olympia, but I recall a monochrome portrait of a local poet, collage mandalas featuring swastikas, and a sculpture of a black pig with some kind of Folies Bergère headdress.

The gallery holds half a dozen, completely new exhibitions each year – always featuring the work of contemporary Polish artists, some more established than others. The claim above, that the Olympians know more about Polish art than most, was not merely idle. When Museon, a major Dutch museum of culture and science, wanted to hold an exhibition of contemporary Polish art they approached the National Museum in Krakow, only to discover that their collection ends with the 20th century. Olympia Gallery came to the rescue with a wealth of bang-up-to-date contacts and artworks. 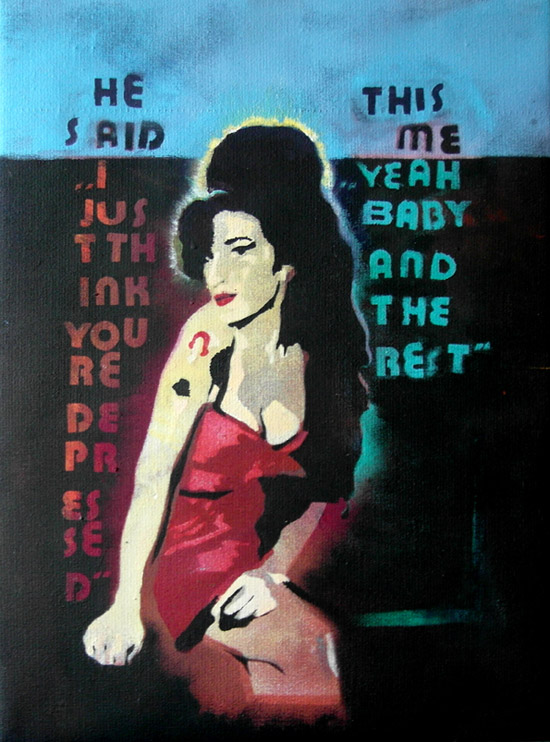 Olympia has continued to impress Polish art on the rest of Europe, holding frequent exhibitions abroad. “It’s not easy,” she said. Showing recent work by legendary Polish art group, Łódź Kaliska, which includes dioramas of naked women working at manual jobs usually associated with men, confused viewers asked: “Is it about the Holocaust?”

Krakow is stuffed with art and art-related activities. You can’t walk five metres without stumbling into one vernissage or another. That’s all well and good, but if you want the true, Krakow Bohemian experience – a blend of fin de siècle grace and genuine, hard-won knowledge – get down to ul. Limanowskiego 24 and ring the bell to number 4b. The tea isn’t bad either. 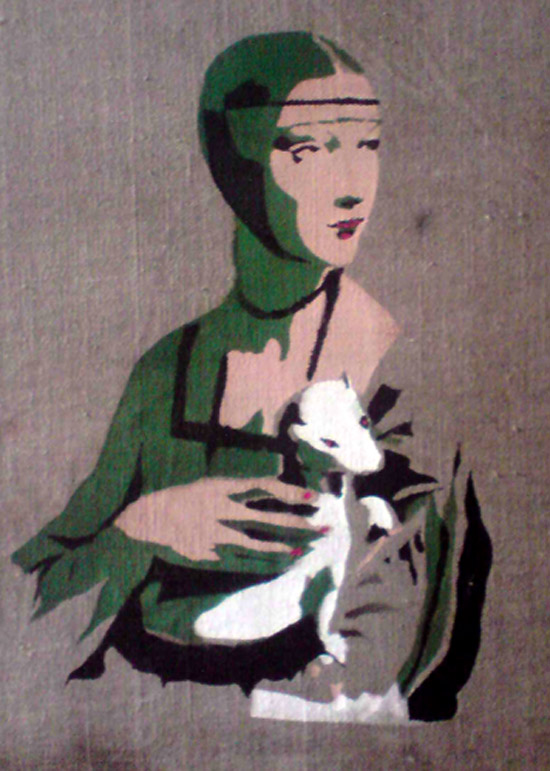 This stencil interpretation of Krakow’s famed Lady With An Ermine is the work of Ewa Ciepielewska. As one of the founding members of the highly influential circle of artists known as Luxus, in Wrocław in the mid 1980s, Ciepielewska was among the first Polish artists to develop the stencil techniques that are now so familiar from the work of Banksy and other present-day art celebrities.

In the feverish atmosphere of 1980s Poland, street stencilling was certainly used for political purposes, but Ciepielewska made the choice to immortalise this often fleeting form of expression on traditional canvas. These canvases then travelled Poland, and Western Europe, speaking of the powerful currents of change in the country by combining the visual language of street protest with an image of Poland’s pre-Communist cultural wealth.

Luxus was unusual among the art-protest groups that emerged in the dying days of the People’s Republic. While many artists emphasised the grimness and frustrations of living under the dead hand of the regime, Luxus spun ironically humorous images of unattainable luxuries represented by Western consumer goods and advertising paradigms.

Ewa Ciepielewska became the group’s unofficial ambassador to Krakow when she relocated here in the 1990s. She continues to produce the kind of art you can hang on walls, holding frequent exhibitions both in Poland and abroad, but is also known for her performance art. Ciepielewska’s long-standing association with the Olympia Gallery was last cemented with an exhibition of her works there in 2011.

One thought on “Art at Home: Krakow’s Olympia Gallery”