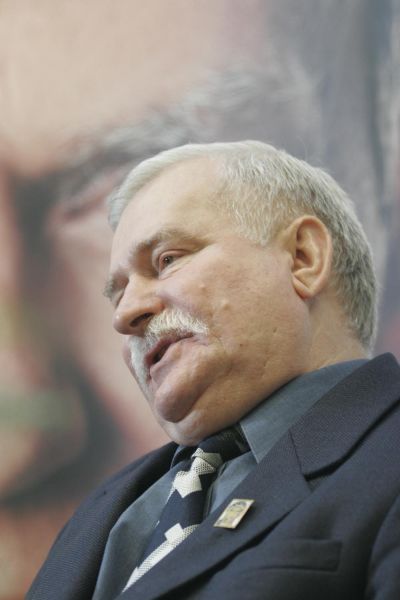 Lech Walesa will not have to undergo a heart transplant, at least not this year.

The health of the former president and 1983 Nobel Peace Prize winner has improved recently, and there is no necessity for surgery at this time.

However, Walesa’s medical documents have been sent to a cardiology clinic in Houston, Texas, where the late Boris Yeltsin, the former Russian president, underwent heart surgery.
This is a prerequisite for a transplant if it is needed in the future. Walesa, 64, suffers from ischemic heart disease as well as from diabetes.

Last year he underwent a heart operation in Milan, Italy. Stent implants were placed into his coronary arteries to prevent blood flow constriction.

But then the condition of his heart deteriorated. Walesa said doctors have told him that his heart will fail within two to five years. He said that he was not afraid of transplant surgery and that he will not slow down the tempo of his life.

The surgery would cost about $100,000. Walesa acknowledged that he didn’t have the money but had received offers of financial help.

Walesa was the co-founder of the Solidarity trade union in 1980, which helped end Communist rule in 1989. He was elected president in 1990.

After he lost to Aleksander Kwasniewski in the second presidential election in 1995, Walesa tried to organize his own political party but failed. He backed the right-wing Akcja Wyborcza Solidarnosc (AWS) in the 1997 parliamentary elections but did not take any official role.

In 2000 Walesa ran for president for a third time but suffered a bitter defeat with just 1 percent of the votes. He then announced his withdrawal from politics. He concentrated on presenting university lectures around the world and running an institute, which bears his name and focuses on historical studies and the promotion of local autonomy. In 2004, Walesa appeared in Kyiv during the so-called Orange Revolution, addressed the crowd and tried to mediate between the government and the opposition.

Most recently he backed Donald Tusk and his Civic Platform (PO) party in parliamentary and presidential elections. He also strongly criticized Jaroslaw and Lech Kaczynski and their Law and Justice (PiS) party. He left Solidarnosc (Solidarity) in 2006, complaining that the trade union had become too allied with PiS.