You see a lot of talking heads from the police on the TV these days, as if they are the popular representatives of a respected institution. I hear a lot of anecdotes and tales at parties and in pubs that suggest the opposite. The jokes may not be politically correct, but there is no smoke without fire.

To put it mildly, the police are not popular. This is very bad for a public institution that should be fully integrated into society. How can they be effective at their jobs if the public at large does not respect them? Could it be that they themselves approach the public in a disrespectful way?

Picture the scene: Two police officers walking rather fast and close together in black combat dress, hardly looking around. You get the impression that they are on their way to a war zone. They are not patrolling their neighbourhood at predictable and regular times. They are not standing on the corner writing up their reports. 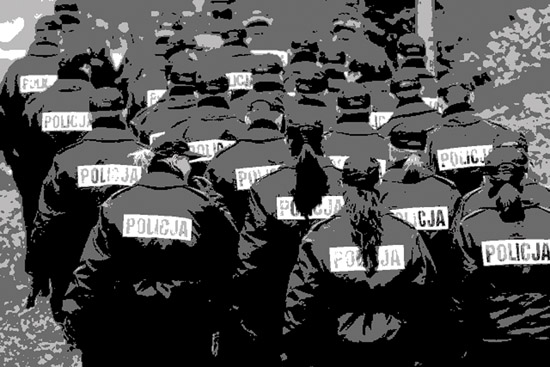 At regular places, they stop and hand out fines to homeless people sitting on benches and drinking beer. Where else would they drink? Fortunately, they seem not to be impressed by this macho behaviour. Drinking alcohol in public places is not allowed. Not a glass of wine during the summer at a picnic in the park, nor a beer in front of the pub when it is beautiful weather.

Besides the guys in their black combat dress, there are the patrolling HPG police cars. They stop people crossing the street, seemingly arbitrarily, and with no regard for the intelligence and judgement of adult citizens going about their business. They don’t even get out of their cars, simply handing tickets through the window.

Cyclists are another easy target, especially the ones on their way home in the late evening after a visit to the pub. They are also stopped randomly. If you are legally drunk, though not by any means visibly drunk, the penalties are absurdly steep. They give the impression that stopping people, especially at night, is a kind of sport for them. The police are going after easy targets, with obsessive attention to alcohol use in public spaces, and proposing absurd penalties to prosecutors and judges – penalties that those further along the judicial chain rarely seem to question.

My questions are these: Do our police need to be dressed like commandos? Can’t they patrol in a decent uniform, and show some respect to citizens? How can we ensure officers pay more attention to and help people on the street, instead of just focussing on handing out tickets to the same old suspects? Can we give desk officers in police stations some training in client-oriented behaviour? In a city with many foreign residents and millions of foreign tourists, shouldn’t the police know some English, or at least not pretend that they don’t?