It’s not that I really want to start a band, I just think it’s necessary – you’re nobody in this town unless you’re ‘in a band.’ At a party the other day, a former Miss Singapore and professor of nuclear physics with several books under her belt earned nothing but yawns until she said: “Oh, and I’m in a band.”

The fact that I have never been able to sing, and my dalliance with guitar ended age 14 with a gathering of mutual resentment rather than a bang, shouldn’t be a major problem. By far the most important thing is that you’re in the band, not what you actually do there.

The actuality of the band is, I feel, also somewhat flexible. The list of bands in Krakow that are currently on hiatus, working on their next album or simply upside-down on the floor of a Kazimierz mens’ room, outstrips the list of bands that play music in front of verifiable human beings by a New Jersey mile.

Like most things worth boasting of, it’s all about creative marketing – also known as making stuff up. ‘A New Jersey Mile’ is a perfect example of making stuff up, insofar as I just made it up and a fair proportion of people will assume it means something implied by the structure of the sentence around it.

‘New Jersey Mile’ is, clearly, a great name for a band, which suggested to me that I was half way there, until I realised that ‘Half Way There’ is also a perfect name for a band and I suffered a self-referential crisis of confidence. (#SelfReferentialCrisis, 8pm Friday @Alchemia).

Picking word strings that work as band names is a game without end (#GameWithoutEnd, #CurrentlyOnHaitus, #PrefectBandName), so I’m going the traditional route and naming my band: ‘This Is Not a Band.’ 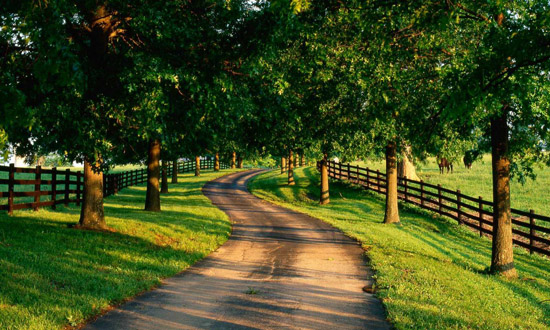 If you want to be in This Is Not a Band, you’re already too much of a try hard. Auditions took place at a super cool bar you don’t know about at a time when you were doing something unspeakable unhip. I’d refer you to our Facebook/MishMash/Spotify account, but we don’t have one.

We could have gone down the tired and tested route of black-and-white photos of the band members looking faintly smug under a viaduct, but that’s not the way we roll. This Is Not a Band eschews the orthodox media or, as we call it in our underground hit: ‘The Orthodox FaceMedia.’ Gig invitations are hand-written. We’re working on having them delivered by owl, but that’s not actually going to happen. If you haven’t had a personally autographed piece of papyrus stuffed under your door, you’re simply not cool enough to be invited. Please refer to our song ‘Sorry About That’ for a full and, frankly, insulting explanation.

I admit that a lot of this recent flare-up of mid-life crisis started with my experience of performer-wrangling at Talking Dog. You quickly realise that, to be truly respected as an artist, you need recognisable equipment. Musicians have guitar cases, painters have easels, puppet-masters have, well, puppets. The mill of people around these events treat such things as holy relics. Writers – we have laptops. Everyone has a laptop. You can’t casually sidle up to an inappropriately-aged female at a bar with a laptop – she’ll just assume you’re trying to sell her insurance.

Unreconstructed Irish writer, and co-host of Talking Dog, Kevin Cullen shared my pain. Realising that the typewriter was the last remaining talisman of ‘the writer’ he stationed himself on the Main Square with a classic example, offering to write word sketches of passersby. It went about as well as you might expect.

Kevin may or may not now be in This Is Not a Band – I couldn’t possible release that information to the likes of you. I can, however, point out that he has taken to carrying his laptop in a guitar case.