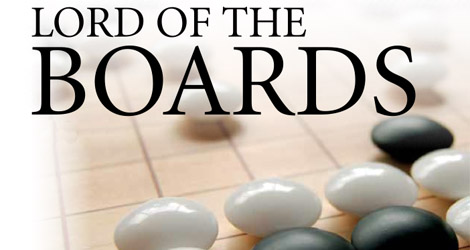 My hand hovers over the picnic table. Brow creased, I scan the array of tiles before me, trying to remember which of the dozen pages of rules applies to each elaborately illustrated post-apocalyptic avatar. My opponent, on the other hand, lounges easily across from me, his cool beer the only thing sweating among his scattered cardboard army.

Finally I work out my strategy and snap my tile down. “How’s that? …I can do that, right?”

He smiles, blue eyes twinkling. “Well, you can,” he says, “but it means I’m going to destroy you in the battle round.”

We’re playing Neuroshima Hex!, a strategy board game in which players command armies of hexagonal troops with unique abilities. It’s been praised worldwide for its creativity as well as for being simultaneously complex and accessible. What’s more: it’s homemade, developed by Michał Oracz’s Portal Publishing House in Gliwice. 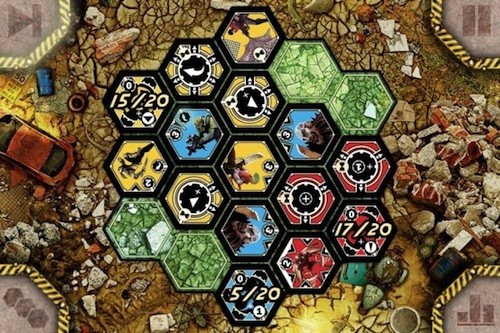 The general facing me is Gabor Chodkowski-Gyurics, a 23-year-old Jagellonian University Russian Philology student and game board enthusiast. While many of his peers sit alone and headphoned in the pale flicker of the latest shoot-’em-up video game, Gabor and his circle are more likely to be bunched around a table trading cardboard chips of wheat or plotting the addition of Canada to their Soviet Empire.

Like many ‘casuals’ not as knowledgeable about the modern board gaming scene, I was almost exclusively familiar with the old classics such as Clue and Scrabble, figuring the medium had slipped into obsolescence somewhere around the widespread adoption of colour television. But Gabor disagrees.

“The Golden Age is definitely happening right now,” he says, describing it as a ‘cardboard renaissance’. “The household names of classic board gaming really show their age when compared to their contemporary counterparts. The design quality, production values and the sheer range of genres are leaps and bounds above what past decades offered.” He points to games like Hex! and Risk: Legacy, a postmodern take on an old standard in which players have opportunities to make permanent changes to the game by renaming cities and inventing new cards. 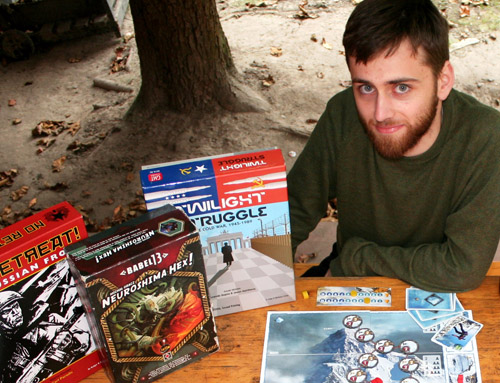 The epicentre of this contemporary wave of innovation is Germany. ‘German-style’ board games differ from ‘American style’ classics in that they emphasize strategy over luck and combat. The most famous example, largely responsible for rocketing the genre into international popularity in the mid-1990s, is Settlers of Catan, in which players must collect and trade natural resources to develop the most advanced agrarian settlement. It’s a bit like Monopoly, only there’s no direct conflict, player elimination, or emotional scarring (usually).

Gabor gives partial credit to Poland’s western neighbour for the locally flourishing scene, though he admits that it doesn’t yet enjoy the same level of widespread acceptance. “Grandma will still implore you to grow up,” he says, “but more and more non-nerdy people I meet admit to having played some popular games, and many cafés keep a few board games for their customers.”

The rise of board gaming in Poland can be measured, too, by the success of the conventions celebrating it. I discovered at least four internationally recognized conventions scattered around the country as well as strong representation by the community at more general fandom gatherings. Enthusiasts cart in boxes full of rattling pieces, stacking their treasures upon tables for casual competition or more serious tournaments.

Poland also boasts a growing share of quality game authors and publishers. Once mostly a bastion of, in Gabor’s words, “cheap crap aimed at tricking parents and casual players,” the country is now home to developers like Rebel Games, who offer tabletop adventures from scaling Mt Everest to leading the warlords of mythical Slavika, and Kuźnia Gier, which has solicited artists for its historical strategy games from the popular online creative community DeviantArt.

While board games could be fairly cited as another example of the ever-increasing materialism and Western influence in Polish society, they’re also a novel opportunity to engage with the past. Consider Kolejka (‘Queue’). Sponsored by the government-affiliated Institute of National Remembrance, which investigates the crimes of the Nazi and Communist regimes, Kolejka replicates the societal absurdities and material shortages of Poland behind the Iron Curtain by simply giving players shopping lists of basic goods to purchase. Easier said than done with opponents bribing officials or cutting in on queues with a borrowed infant. It achieved its goal with this humble American writer, at least, when I had the opportunity to play it with some middle-aged Polish journalists who assured me of the game’s grim accuracy. 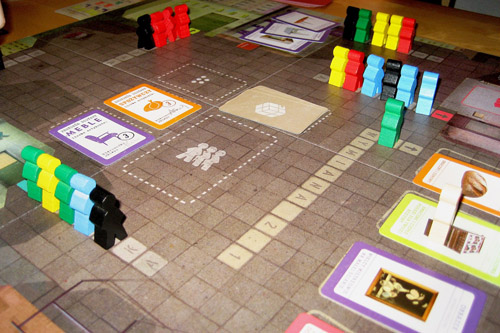 What of the future of board games? Renaissance or no, could it just be a passing fad, or could the medium – many modern examples of which suffer from charges of over-complexity – exhaust itself through sheer physical limitations? Will they be made obsolete by electronic gaming?

Gabor doesn’t think so. He points to a trend of increasing cross-pollination between cardboard and electronic platforms, with popular board games offering cheaper, internet-linked iPad versions (where they “automate the fiddly bits”) and video game companies expanding their popular franchises into the physical world.

“Still,” he says, “there’s a certain tactile pleasure to be had from pushing cardboard chips and wooden cubes that an iPad cannot replicate.” Furthermore, “the online multiplayer experience lacks the personal aspect of gathering on a single couch and yelling at each other.” Board games, he thinks, aren’t going anywhere.
This time, I hope he’s on the winning side.

One thought on “The Golden Age of Polish Boardgaming”