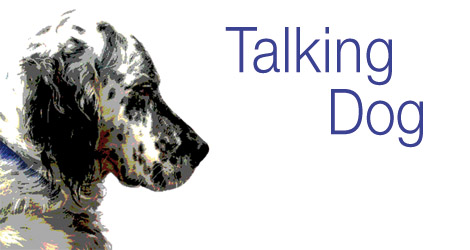 It seems you can teach an old dog new tricks, even one that has already mastered the unusual skill of talking.

Defining Gadający Pies (and its new cousin, Talking Dog) is no walk in the park. The facts are these: each performer gets five minutes on stage to entertain, enlighten, enrage or simply engage the audience.

We issued an open invitation to the talented people of Krakow, Polish and non-Polish, and put together a wildly varied running order of 15 acts. Some are amateurs, others are skilled and recognised pros, all are worth five minutes of your time.

Gadający Pies, the Polish version, has been running for almost two years, and is exactly the kind of thing that keeps Krakow’s reputation for fun-loving bohemianism alive.

By creating an English-language version, we aim to throw it open to the ever-growing international community of Krakow, while preserving the anarchic glee of the original.

We invite you all to come along to Piękny Pies on Thursday night (7:30pm) and run with the pack.