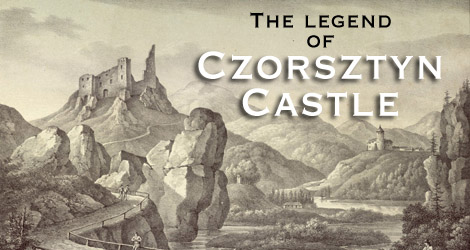 Was a senior politician of the Polish People’s Republic the heir to the Inca throne? More incredible still, did he discover the last testament of the Inca royal family, buried in a gloomy castle in the Tatra Mountains?

The mystery of the Niedzica quipu is no closer to being solved today than it was in the summer of 1946, when Polish newspapers were abuzz with the story of Andrzej Benesz, a young law student from Krakow, and his discovery of an ancient Peruvian artefact at Czorsztyn Castle, towering over the Dunajec river near Zakopane.

According to his own description of events, Benesz ascended the steps of the castle flanked by three border guards, a forestry worker, several friends from the Jagiellonian University and the village mayor. When they reached the top, near the main entrance gate to the courtyard, Benesz removed one of the stones and began digging. Soon enough, he found what he was looking for: a lead pipe with a golden cap at each end, inscribed with the words Dunajecz, Vigo, and Titicaca. Inside the pipe was a quipu: a bundle of mysterious knotted leather strings, the only method of data storage used by the Incas, undeciphered to this day. 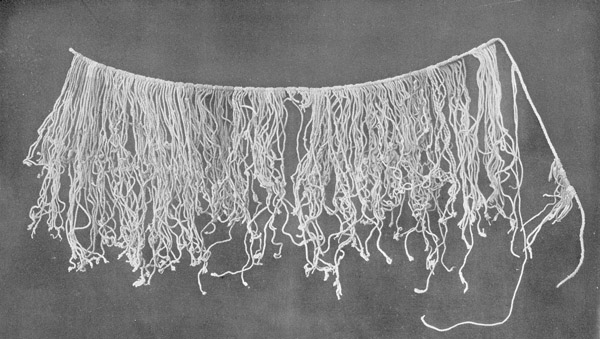 A quipu of the kind said to have been hidden at Czorsztyn Castle.

It was said that whoever could unlock the message of the quipu would find the lost treasure of the Incas in Peru. But naturally, there was also said to be a curse that would befall anyone who might seek to possess it, including members of Benesz’s expedition. The quipu itself, in any case, is nowhere to be found. Benesz maintained that it was sent to Peru for further study, whereupon he dropped the matter and took up a fruitful career in politics. After his death, however, his wife claimed that he had hidden the priceless relic somewhere in the mountains.

If this story is indeed true, the question is: how did this quipu, the last testament of the Inca emperors, find its way to Poland? The answer is no less fantastical than the legends of lost treasures.

In the mid-18th century, a Hungarian aristocrat by the name of Sebastian de Berzewiczy was sent into exile for excessive dueling, and after travelling widely in Europe he boarded a ship at Cadiz and sailed for the New World. Finally settling in Peru, he was successful in business, but grew to scorn the brutal methods of the Spanish colonists and befriended the last remnants of the Indian elite. He married an Inca noblewoman who bore him a daughter, Umina. Umina in turn married the brother (or perhaps nephew) of Jose Gabriel Tupac Amaru III Condoranqui, the heir to the Inca throne and leader of a resistance movement against Spanish rule. Together, they had a son named Antonio.

In 1780, the resistance broke out into open revolt, and the Incas under the leadership of Tupac Amaru III waged a bloody battle against the Spaniards. It looked for some time as if history were on their side, but after several years of fighting, the Spanish regained the upper hand and their revenge was harsh. They exterminated all living members of the Inca aristocracy, starting with Jose Gabriel Condoranqui, repressing the Quechua language even more harshly than before in the hope of preventing any future uprisings.

Sebastian took Umina, her husband, and Antonio into hiding, and in 1786 they fled to Europe as the situation in Peru became untenable. The family stayed for a while in Venice, until Umina’s husband was murdered by Vatican agents, whereupon Sebastian, his daughter and his grandson took refuge at the Berzewiczy family holdings at Czorsztyn Castle. Once there, however, Umina received a stiletto to the heart, leaving the elderly Sebastian to care for Antonio alone. 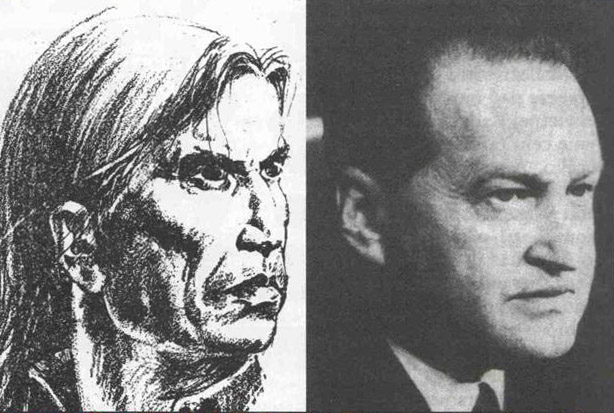 Many years later, while searching for genealogical records in the library of Krakow’s Church of the Holy Cross, Andrzej Benesz found an act of adoption carelessly slipped between the pages of an old prayer book, dated June 21 (the Inca holiday of the sun god), 1797. It was the adoption document of Antonio Condoranqui-Berzewiczy, who was to be taken into the care of Wacław Benesz de Berzewiczy, and known thenceforth as Antoni Benesz – Andrzej was his great grandson.

Benesz caught the public’s attention with his excavations at Niedzica but that was not the end of his search. In his later years, while working as a representative to the Polish Sejm, he continued excavations at Czorsztyn Castle, going so far as to live there while searching for further clues. But the treasure of the Incas has never been found, the quipu remains missing, and the Inca empire shows no signs of reemerging. If you decide to look into the mystery yourself, beware the curse of the Incas! Andrzej Benesz himself died in a mysterious car accident in 1976, not long after beginning a new round of excavations.