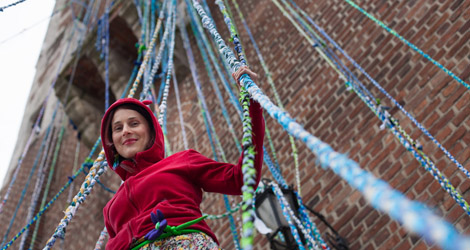 A ‘crazy’ idea to weave the world’s longest braid in protest over the proposed regulation of a Polish river has delivered an unlikely win for conservationists.

Prominent Krakow artist, Cecylia Malik, hatched the plan to create a 20-kilometre-long braid (as long as the Bialka River itself) after more conventional protest methods failed.

Malik ensconced herself within Krakow’s Bunkier Sztuki Gallery in April, asking visitors to help her plait the colourful braid – which when finished measured an enormous 6km – before joining with campaigners to symbolically lay the artwork along the Bialka’s banks in a vivid, visual protest that attracted major media attention.

Authorities last month bowed to the pressure and scrapped plans to deepen the Bialka River, south of Krakow, and build containment walls along its banks after failing to negotiate a compromise between environmentalists and residents concerned about flooding. 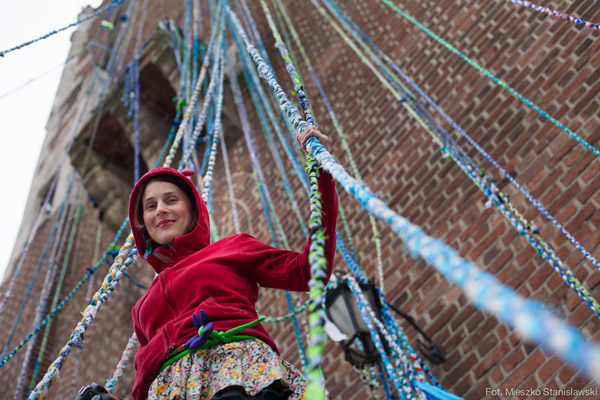 “It was a completely crazy, utopian idea but we wanted to do something different to save one of the most beautiful rivers in Poland, not just writing letters or signing petitions,” Malik said.  She is now making a documentary film about her Bialka Braids project.

This is the second such success for Malik who, in 2011, with her sister Justyna Koeke, led a colourful rally of activists dressed in blue wings to protest a proposed development next to Krakow’s Zakrzówek reservoir, which would have threatened Common Blue Butterfly habitat. The project was later scrapped.

Malik will this week head to the United National climate change conference in Warsaw (November 11-22) after being asked to create an installation there featuring her gigantic Bialka braid.