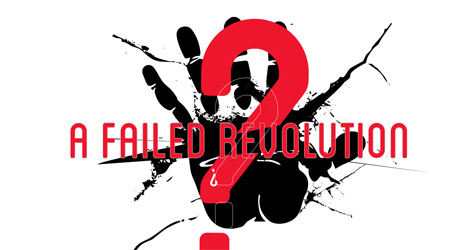 Two years ago, shale gas was being heralded as the key to a prosperous, energy independent Poland, and Central Europe as a whole was looking forward to a shale gas revolution like the one that has transformed the US economy.

Today, several multinational energy companies have withdrawn from the region, disappointed by poor exploration results, excessive red tape, and protests by residents over the controversial gas-extraction process known as ‘fracking.’

Among the cheerleaders were the activists of Occupy Chevron – an anti-fracking group that has been occupying a field near the Polish village of Żurawlów, close to the city of Zamość, since June. They have been preventing the US energy giant from drilling an exploratory well on the site, permission for which was granted six years ago by the Polish government.

The protesters at Żurawlów haven’t dropped their guard. Chevron tried to fence off the disputed patch of land and install CCTV cameras, but residents thwarted their efforts by building a high perimeter wall from bails of hay.

A protester at the site told the Krakow Post why they had started the sit-in: “In the spring of 2011, after the seismic testing, we noticed that water pumped from wells in the village of Rogów had become murky and dark.”

“We have received many expressions of solidarity from EU politicians. We are looking forward to hosting two English delegates from the Balcombe drilling protest this month, and Josh Fox is also supporting our cause,” said a spokesperson for Occupy Chevron.

Activist and filmmaker, Josh Fox, is the man behind Gasland, the 2011 documentary that introduced fraking to the public consciousness by raising alarming issues about its impact on rural communities in the United States.

French MEP, José Bové, sent a letter of support to the protesters in Żurawlów: “I express all my support for you. I ask the local authorities to take any action that would lead to the removal of trucks and workers hired by Chevron. Any conflict escalation should absolutely be avoided,” he wrote.

There is even some confusion over the legal standing of Chevron’s operation in Żurawlów, with local and national authorities disagreeing on what the company is entitled to do.

The seismic studies in the area were carried out by Polish company Geofizyka Toruń, because the District Mining Office in Lublin says Chevron is not allowed to carry out any drilling operation in the region and is only licensed for agricultural activities.

Last month, Chevron also discontinued its activities in the Romanian village of Siliştea after local protests.

While Occupy Chevron has been making waves in one corner of Poland, a poll conducted by TNS Polska for the Ministry of the Environment revealed that 60 percent of respondents approved of shale gas operations close to where they live. Only seven percent strongly opposed shale gas extraction.

There is a now a divergence of opinion among the Weimar Triangle countries with regard to shale gas development. France has introduced a ban, because of the risks connected to the chemicals used in the hydraulic fracturing process, while Germany has suspended operations awaiting further environmental assessments.

Poland, which is said to have a potential 4.1 trillion cubic metres of shale gas, is in the front rank of EU countries that are in favour of deregulating their shale gas policy. Its massive reserve estimates brought a gold rush for fracking licences. So far, the Polish government has granted 105 concessions to 35 Polish and foreign energy companies.

Warsaw has been struggling for years to achieve energy self-sufficiency, and to meet EU carbon emission targets – shale gas seemed like the perfect answer. However, the road to Poland’s emancipation from both coal and Russian gas imports remains long and unclear.

A number of companies have ended their shale gas exploration in Central Europe, but not because of protests. ExxonMobil, for example, simply concluded that unsatisfactory flow rates in the Lublin and Podlasie basins meant that there isn’t as much shale gas as the estimates suggested.

The patience of many companies is also being tested by governments looking to cash in on shale gas. Chevron renounced its shale gas exploration concession in Lithuania fearing huge changes in fiscal regulations and local legislation. The parliament in Vilnius had proposed to increase the tax on the extraction of shale gas to 40 percent.

Production in Poland is not expected to begin for ten years at the earliest, but energy market analysts agree that it could kick off earlier if politicians can find a way to speed up the wheels of local bureaucracy. In Europe, concessions for shale gas extraction are not on private property. In the U.S., licences are directly negotiated with landowners, bypassing federal control.

While state-owned Polish companies known how to negotiate the jungle of administrative procedures, foreign investors have been facing difficulties turning their exploration concessions into production licences.

Tusk’s government is battling to prevent more companies from pulling out. The NOKE Act, due to become law in 2014, is intended to reform the fiscal regime by introducing a tax reinvestment mechanism, and will also establish a mining and hydrocarbon regulator, NOKE (Narodowy Operator Kopalin Energetycznych), to oversee the production of fuels in Poland.

The EU directive, still to be approved in Brussels, is also intended to prevent conflicts of interest between investors and appraisers. In August 2013, Warsaw prosecutors confirmed that seven people, including three former employees of the Ministry of Environment, had been accused of accepting money to help with the preparation of applications for shale gas exploration licenses.

The shale gas confrontation in the Old World has just begun.