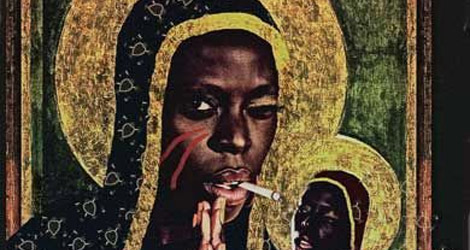 During the 123 years when the Polish state was absent from the map of Europe, religion played an important role in the preservation of Polish identity both among Poles at home and the many who emigrated, by choice or otherwise.

One powerful talisman of Polish Catholicism, the Black Madonna of Częstochowa, has long played a central role in this process, so much so that it is now found across the globe in places touched by Poles, often in subtly transformed guises.

In contemporary Polish culture, there has been a growing interest in how the Madonna of Częstochowa is recognised in other societies. One striking example is found in Haiti, where the image arrived with Polish Legionnaires who were part of Napoleon’s forces sent to put down the Haitian Revolution.

Disappointed that this expedition to a distant and alien land seemed to have nothing to do with securing Poland’s freedom, and displaying the traditional Polish characteristic of identifying with the oppressed underdog, the Polish troops promptly joined the rebels and helped secure their victory over the French. 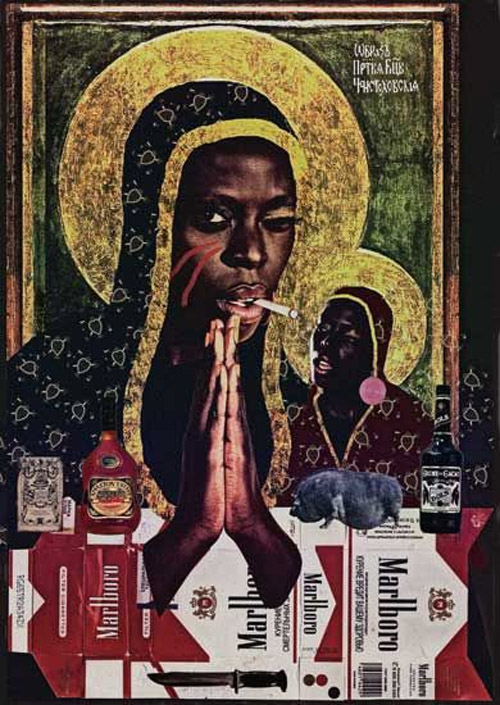 As a direct result, the Madonna of Częstochowa is now a revered icon in the Haitian Vodou religion. Haitians have incorporated the 1802 battle of San Domingo, in which the 150 Polish soldiers turned against Napoleon, into the symbolic meaning of their saint. The Black Madonna, referred to in Haitian Vodou as Ezili Dantor, came to be seen as the patron of their eventual victory – an interesting echo of her mythical role in Polish history as the defender of the Jasna Gora monastery during the Swedish Deluge.

When Haiti gained independence in 1806, the Polish Legionnaires were the only Europeans allowed to acquire property in the new nation. Their direct descendents still live in Haiti today. The village of Cazale (a name thought to derive from the Polish surname ‘Zalewski’) is home to several hundred so-called Blanc Polonais (White Polish).

The amalgamation of the Black Madonna into the Vodou religion has transcended continents and generations. Among African and Hispanic diasporas, the Madonna continues to be seen as having the miraculous qualities that the Poles attribute to her, but also powers that individuals can call upon to assist with daily life. For instance, the Santa Barbara Africana, a version of the Black Madonna, is worshipped in the form of candles and dolls. In Brixton, South London there is a number of small shops and stalls that sell these products of the Santa Barbara.

Across cultures, the Black Madonna of Częstochowa is associated with resistance against colonization. For the Poles, it was a symbol of their struggle against invading armies, in the Vodou religion, the Black Madonna icons allowed African and Hispanic Diasporas to mask their traditions within Christianity.

There is still more to know about the role of the Black Madonna in other cultures. In Spain, for example, people from the Catalan region are often referred to as ‘Polaco’ (Polish). The origins of this nickname are not known but are believed to be connected with the veneration of La Moreneta, the Black Virgin of Monserrat, in Catalan churches.