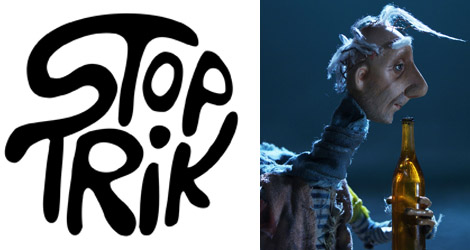 I get the feeling that, if I let them, Olga and Michał could talk to me about stop-motion animation for hours. It’s a good sign when the organisers of a festival have such passion for, and knowledge of, their subject and I certainly learned a thing or two I wouldn’t have got from watching The Wrong Trousers.

Olga Bielańska and Michał Bobrowski are the film-studies graduates behind the StopTrik International Film Festival, an annual celebration of all things photographed one painstaking frame at a time. The third incarnation of the festival is coming to screens this October 25-27 in Niepołomice.

StopTrik was born in the unlikely setting of an abandoned military base outside the Slovenian city of Maribor. Olga and Michał were there, being young and Bohemian, when it occurred to them to organise a festival around one of their passions – stop-motion film. Unlike most ideas hatched in artistic squats, this one came to fruition.

The first StopTrik was such a success that Olga and Michał went international for the second, or at least as far as their homeland – Poland. Held in Maribor and Niepołomice in consecutive months, StopTrik 2012 introduced an audience award for best picture as a suitably democratic laurel for this most democratic of art forms.

“StopTrik was truly a guerrilla festival at the beginning,” said Michał, “though the second edition was helped greatly by the fact that Maribor was European Capital of Culture in 2012.” Fortunes have turned this year – they have had to drop a large part of the Slovenian component of the festival due to the severe economic slump that is affecting the country. Never mind – all the more for us here in Krakow.

The entire Slavic world has a long relationship with stop-motion. Prague, the hometown of the most famous living stop-motion filmmaker, Jan Švankmajer, was the traditional centre of the industry for decades, but it was actually a Pole, Władysław Starewicz, who is credited with the very first complete stop-motion films. He produced a series of shorts using dead insects as puppets in 1911 and 1912 that wowed cinema audiences across Europe. 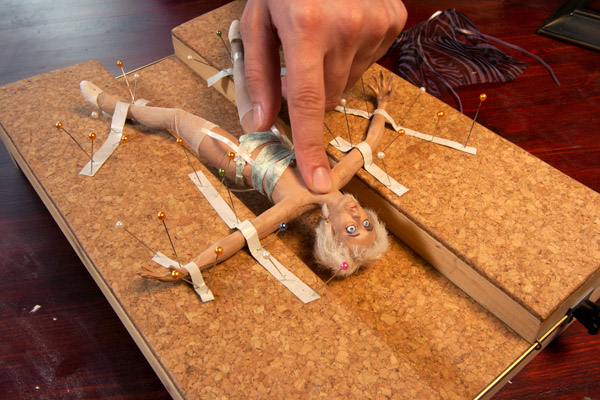 It’s astonishing that the technique has survived to the present day, and in such rude health, despite the advent of digital animation. It has adapted to every era of movie making, from King Kong to Ray Harryhausen’s animated dinosaurs to segments of the Star Wars trilogy to Wallace and Gromit.

“Stop-motion is really the essence of cinema,” said Michał, when asked to explain its appeal, “it is the illusion of motion produced frame-by-frame in its most basic form.” It takes real passion to create a stop-motion film, the time requirement alone means only the most dedicated finish the process. “When selecting films for the festival, I often include some that don’t have the most polished quality, but do have that spirit. It’s not just about the technical level of the craftsmanship, the craftsmanship is the quality,” said Michał.

For Olga, the fascination lies in the fact that a good stop-motion film can totally immerse the viewer, without using real people or places: “It is a total creation, an artificial universe made from abstract objects, that still manages to be a cinematic experience,” she said.

Get yourself over to Niepołomice, a delightful little town just 25km east of Krakow, this October to experience for yourself the strangely fascinating and halting world of stop-motion animation. Held at the sparkling new Małopolskie Centre of Sound and Word (Małopolskie Centrum Dźwięku i Słowa – www.mcdis.pl) it will feature at least 35 top quality shorts from all over the world as well as numerous workshops, discussion panels and late-night philosophical musings in smoky bars. Details at: zavod-iskra.org.